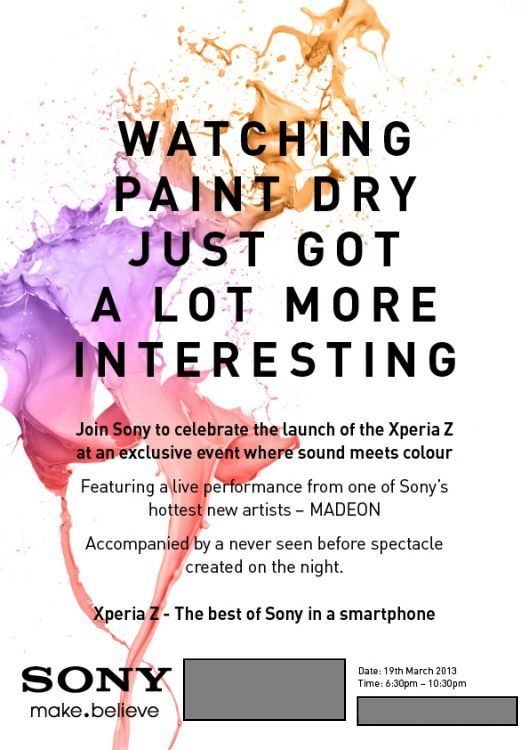 Sony is going all out to celebrate the launch of the new Xperia Z, and we can reveal that there will be a Sony Xperia Z exclusive London Event kicking off tomorrow (March 19th) at 6:30pm.

Watching paint dry just got a lot more interesting, we had an invitation sent to Phones Review so that we could join Sony to celebrate the launch of the Sony Xperia Z at an exclusive event where sound meets colour. The event will feature a live performance from one of Sony’s hottest new artist called MADEON. It will also be accompanied by a never seen before spectacle created on the night.

Madeon will bring the party to life with a special set featuring unheard remixes and a never-seen-before visual spectacle created on the night.

The exclusive Sony event kicks off March 19th at 6:30pm and finishes at 10:30PM in London.

Sadly Phones Review will not be attending due to being too busy in the office, but we will be covering as much news as we can that comes via the event tomorrow. Stay tuned everyone and this should be fun.