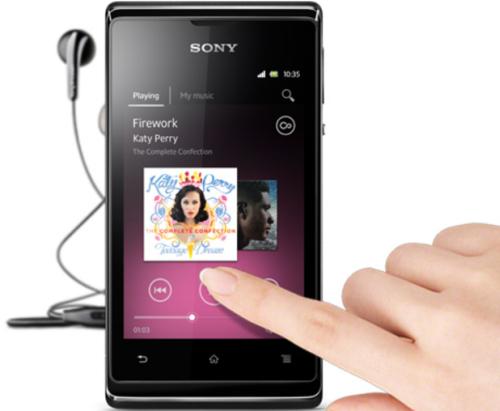 If you favour the Android platform you are treated to a massive choice of handsets that cover most people’s finances, and the lower priced devices on offer can still have some worthy specs installed. Now the Sony Xperia E which is a budget Android Jelly Bean device is now available SIM free in the UK.

There are two versions of the of Sony Xperia E with one of them offering dual SIM support, but the single SIM version has gone up for sale via Clove for only Â£129.99. This will get you the black version of the handset which for the low unlocked price gets you quite a bit of Android smartphone.

The Sony Xperia E has a 3.5-inch HVGA touchscreen display that offers a resolution of 320 x 480 that is powered by a Qualcomm MSM7227A snapdragon single core processor clocked at 1GHz, and coupled with 512MB or RAM.

There is also 4GB of on board storage that is expandable by a further 32GB thanks to the microSD card slot, 3.2-megapixel auto focus rear camera, FM radio, Bluetooth, Wi-Fi, and HSPA. The 1,500 mAh battery is promised to provide up to 6.30 hours of 3G talk time or 530 hours of standby time, and the device will ship running the Android 4.1 Jelly Bean operating system.

So if you are not interested in having the fastest and most powerful smartphone the Sony Xperia E is certainly worth considering or if you need to give a handset to someone younger it is also ideal.

What do you think of the Sony Xperia E?