Samsung Galaxy easier to use than iPhone according to survey 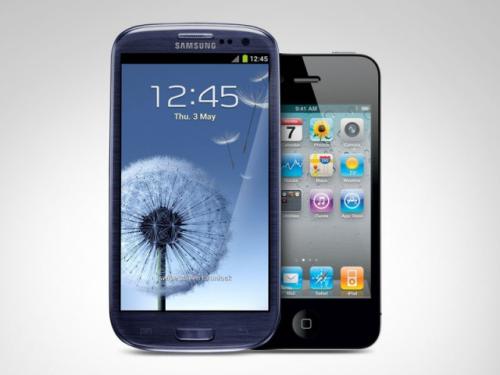 In the same way as PS3 and Xbox 360 owners there will always be rivalry between owners of the Apple iPhone and Android devices, which each side claiming their device is better. Now according to a survey the Samsung Galaxy series of smartphones is easier to use than the iPhone.

The Apple iPhone and its iOS software has long been famed for its simplicity but a recent survey carried out by Siegel+Gale has found on a product basis that the Galaxy S brand of smartphones is simpler than the iPhone. Those that were taking part in the survey like the way the Samsung hardware was more compatible with other standards and brands that include accessories.

Respondents also like the ease of transferring files on Samsung devices which must mean services such as S Beam that allows the simple transferring of files by tapping two devices together. Siegel+Gale states that on a product basis the Galaxy range of hardware can do more than the iPhone and simpler too.

When it comes to the actual brand Apple beats its rival coming in at number 5 out of a list of 94 companies covering a number of different industries with Samsung 14th. These findings will obviously divide opinion and from a personal point of view I believe both devices have their merits over each other.

There will be many that don’t like the plastic body of the Samsung Galaxy range while equally others won’t like the smaller screen of the iPhone. It has to be remembered as well this survey was only asking 400 people for their opinion and when you consider how many people own either an iPhone or a Samsung Galaxy device, it’s a very small percentage.

It is also noted that Siegel+Gale lists Samsung as one of its clients as well, so you have to wonder if there is some bias in this survey. At the end of the day it is great for smartphone fans having the choice no matter what device they prefer as it is always down to personal choice and what is right for the individual user.

What device do you think is easier to use?