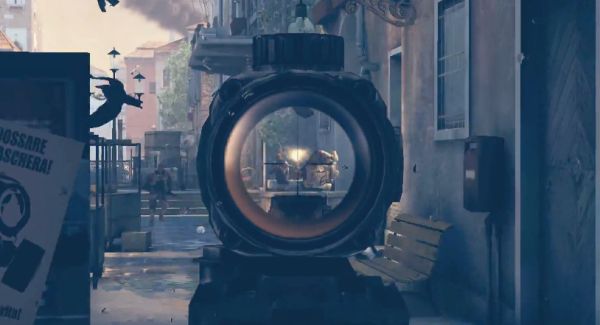 So far we have had Modern Combat Sandstorm, Modern Combat 2 Black Pegasus, then there was Domination and MC 3 Fallen Nation, and the 4th instalment was Zero Hour. Today we have some great news about Modern Combat 5 that is now being teased before E3.

FPS (First Person Shooter) fans will be happy to know the Modern Combat 5 teaser video is now here and you can watch the clip below this article.

This is the next chapter that will blow you away, the video looks awesome and we will be installing this app as soon as it releases. This is one of the best shooter franchises ever to release on both iOS and Android platforms.

This exclusive trailer does not give anything away really other than being huge, it has been said the story line is immense and any Modern Combat fan will most definitely want it. This game is getting so much closer to the graphics and gameplay status as the Call of Duty games.

After watching the video it proves that helicopters, boats, more weapons, better visuals and superb missions will be amazing. We are dribbling right now and cannot wait, hopefully more will be revealed at E3, which starts on June 11 to the 13 in Los Angeles.

The Modern Combat 5 name debate
No one knows what the name will be as of yet, many forums are saying it will called “Last War” but we are not too sure. This name is not set in stone and as far as we can tell and only showing up in forums, it might simply be called Modern Combat 5 with no name at the end.

What do you think the full name will be on Modern Combat 5?