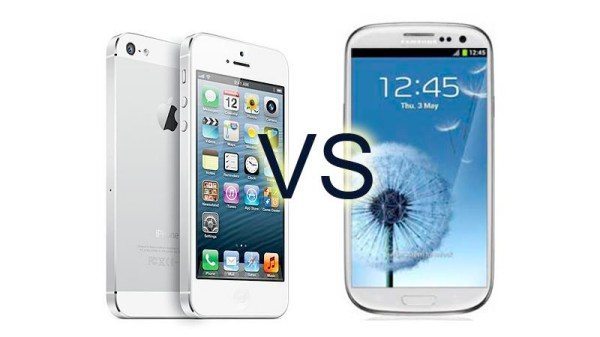 The Apple iPhone 5 and the Samsung Galaxy S4 are two of the most popular devices around. The Samsung Galaxy S4 was only recently released, although the iPhone 5 was released almost 10 months ago. We often find that many iOS and Android device users are fiercely loyal to their respective platforms, so today we thought it would be interesting to look at research involving iPhone 5 hate vs. Galaxy S4 love.

There are some extremely revealing figures from this study, that involved social network data from Twitter, as well as blogs and forums. For example, launch day conversations for the iPhone 5 tallied 1.7 million, while the Galaxy S4 managed far fewer with only 140,000 conversations regarding it. However, when looking at brand comments that had negative connotations, the iPhone 5 stood at 20%, making it the most criticized of the handsets. The Galaxy S4 on the other hand, only received 11%, making it the least complained about handset in the study.

Apple Maps, the new power socket, and the fact that the iPhone 5 looked virtually the same as existing iPhones, made up the majority of the complaints about the phone. Apple might have received fewer complaints if it had provided free adapters for the new power socket, and the innacuracies of Apple Maps was a major topic of conversation among the tech world for some time after the launch. Apple even felt the need to apologize for the frustration caused by its Maps service. As far as the design is concerned, many felt it lacked the ‘wow’ factor, and Apple received criticism for lacking an innovative touch.

Although the above complaints were the major causes of dissatisfaction with the iPhone 5, other concerns included purple discoloration on photos taken with some of the phones, as well as the easily chipped coating of the handset that was referred to as ‘scuffgate.’ There were also complaints about light leakage behind the displays on some white versions of the phone.

The study also looked at discussions on Twitter, blogs, and forums about new and different handset features. The Galaxy S4 managed 56%, while the iPhone 5 only managed 29%. Those brands that were felt not to bring much new to the table received criticism, and the more successful launches were deemed to be for those devices that were the subject of most conversations involving consumers talking about new features. Hence a big win for the Galaxy S4 here, that most consumers seemed to love.

Interestingly, although the iPhone 5 received much more criticism than the Galaxy S4, the research also showed that despite this, Apple maintains the strongest brand loyalty. For conversations involving brand appeal, Apple stands at 42%, while Samsung stands at 20%. Nevertheless, this doesn’t change the fact that the iPhone 5 was still the device most complained about, while the Samsung Galaxy S4 response was much more positive.

We should point out though, that this latest study appears to contradict some earlier research. For example a marketing firm in Korea recently surveyed over 40,000 people and the iPhone came out top, with technical issues concerning only 17%, while 31% reported problems with Samsung phones. iPhone 5 complaints don’t seem to have stopped it selling either, as according to recent figures for the UK, the iPhone is still the most favoured phone.

We’re not expecting it to be too much longer now until the iPhone 5S is unveiled. A release date in September is anticipated and we are likely to hear the official introduction of the next iPhone a week or so before. We have also heard rumors of a budget iPhone that could also release around the same time, and there could be interesting times ahead as Samsung is also expected to introduce the Galaxy Note 3 in September.

From this latest study it appears then, that there’s a lot of hate for the iPhone 5, and comparatively, a lot of love for the Samsung Galaxy S4. However, as these studies often contradict earlier research it can be very difficult to know exactly what the position is, and that’s why we’d like to hear from our readers. Do you have an iPhone 5 or a Samsung Galaxy S4? If so, we’d like to know which device you have and what you think of it? Please send us your comments, as it’s always good to represent a wide range of opinions.