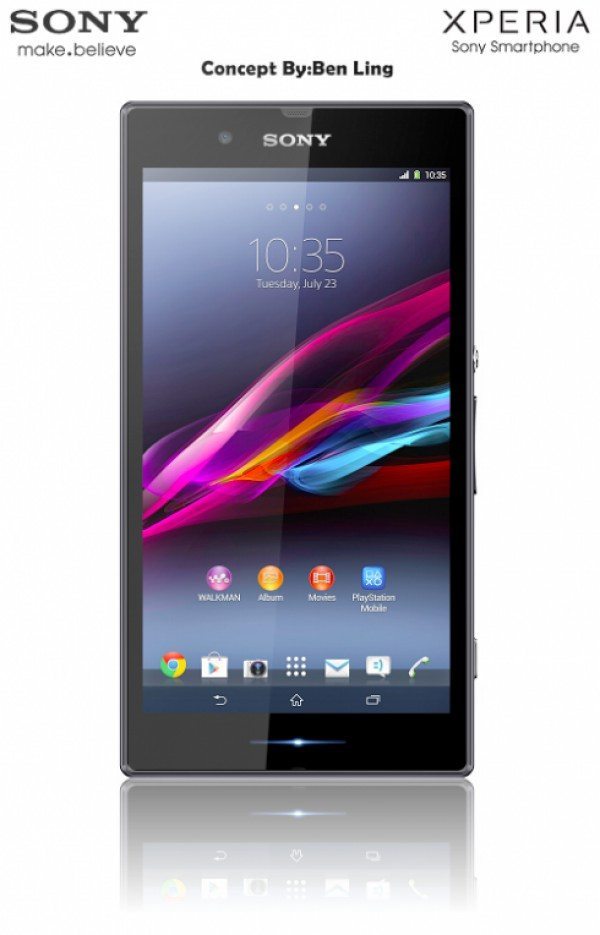 Many readers will have heard of the very impressive Sony Xperia Z smartphone, and a larger iteration called the Xperia Z Ultra is on its way to a release in the next few months. However, you’re not likely to have heard of the Sony Xperia ZX that has some similarities to the Z Ultra, but when you’ve taken a look at this design you might decide it’s a device you’d like to get your hands on.

At this stage we’ll point out that the Xperia ZX that you can see pictured here is a concept phone design, although some of you might wish it were real. We enjoy looking at concept designs for devices occasionally as they can offer us a really good idea of what we might see in the future, and the Xperia ZX that you can see here comes from the mind of designer Ben Ling.

The Xperia Z has a 5-inch display whereas the upcoming Xperia Z Ultra has a massive 6.5-inch screen. This Xperia ZX handset settles somewhere between the two, with a 6-inch Full HD Triluminous display that features X Reality, and the designer has also supplied some more specs for his creation. These include a 2.3GHz Qualcomm Snapdragon 800 quad-core processor, 2.5GB of RAM, and 32GB of internal storage, expandable via microSD.

As well as all this the Xperia ZX is PlayStation Certified, weighs 152g, and is a very slim 7.8mm in thickness. Are you enthusiastic about this concept Sony Xperia ZX? Would you like to see another Xperia phone released from Sony that reflects this concept design and specs? Let us know with your comments.