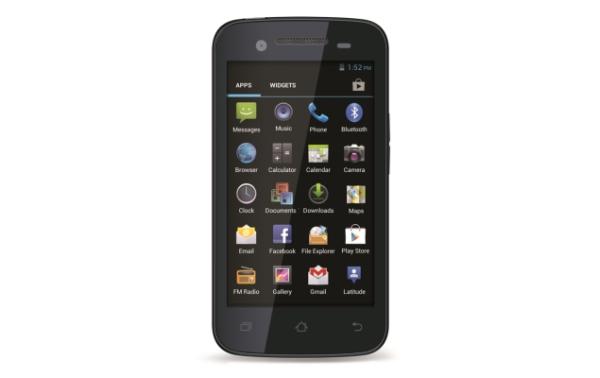 Consumers over in India are treated to new Android smartphones being released on what seems like an almost a daily basis, and these devices come in at various pricing levels. Now the iBall Andi 4Di 4-inch smartphone has been launched along with a price for India.

iBall has officially announced the Andi 4Di smartphone that has been available already for sale online, and is a device that has dual SIM and 3G support. It uses a 4-inch IPS WVGA touchscreen display at a resolution of 480 x 800 which is powered by a dual core Cortex A9 processor that is running at a 1GHz clock speed.

There is 512MB of RAM along with only 512MB of on board storage but this can be expanded by a further 32GB via a microSD card. Camera wise there is a 5-megapixel rear shooter while around the front is a VGA unit for video conferencing.

Surprisingly the iBall Andi 4Di will come running the aging Android 4.0 Ice Cream Sandwich operating system, and the device also features a 1,700 battery, Wi-Fi, Bluetooth, and GPS/AGPS. The device is available in black and silver, or chrome and white colour options.

It is priced at RS. 5,995 and those that purchase the Andi 4Di will also get a free flip cover that will help protect that 4-inch display.