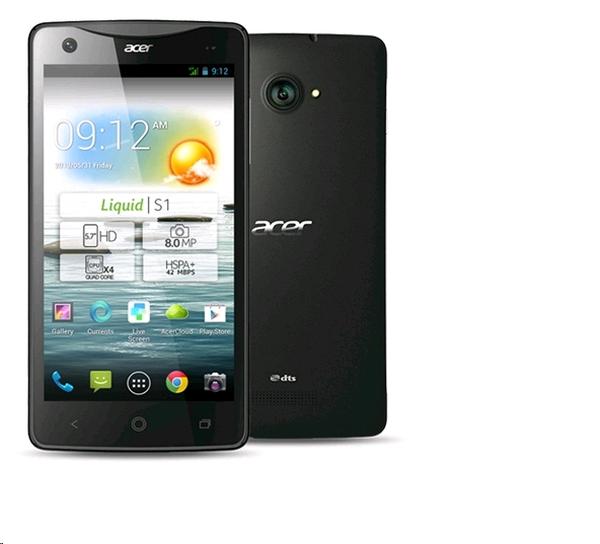 Back in 2011 Samsung introduced the mobile world to the phablet sized smartphone with the original Galaxy Note device, and since then we have been seeing more hardware being launched with similar screen sizes. Now the recently announced Acer Liquid S1 gets a UK release with the handset arriving shortly.

Back in June Acer announced the upcoming Acer Liquid S1 with its 5.7-inch touchscreen display that is even larger than the Samsung Galaxy Note 2, and the handset has now gone up for pre-order in the UK with shipping down to begin shortly on August 5th.

The device is priced at Â£299.99 unlocked and for your money you get that huge display that has a resolution of 1280 x 720 and a pixel density of 256ppi. This is powered by the MediaTek MTK 6589 quad core processor clocked at 1.5GHz with 1GB of RAM.

Other specifications include an 8-megapixel rear facing camera with LED flash and 1080p video capture, which is paired with a 2-megapixel front facer. There is 8GB of on board storage that can be expanded by a further 32GB via a microSD card.

The handset is powered by a 2,400 mAh battery and connectivity comes in the form of 3G, Bluetooth 3.0, and Wi-Fi 802.11 a/ac/b/g/n. It will come running the Android 4.2.2 Jelly Bean operating system straight from the box, but there isn’t any reason why it shouldn’t eventually be upgraded to Android 4.3.

Do you like the look of the Acer Liquid S1?