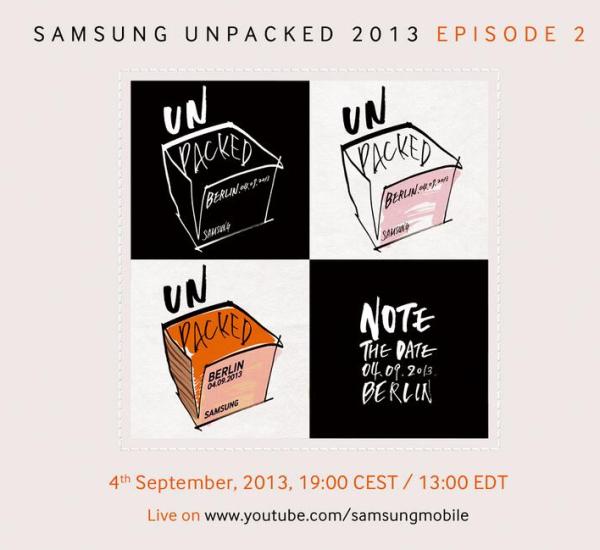 There are many that are looking forward to the unveiling of the Samsung Galaxy Note 3 and today we can tell you that the device will be seen in all its glory on Wednesday September 4th in Berlin Germany, which was a date tipped just a few days ago.

The event kicks off at 19:00 Central European Summer Time or 13:00 EDT and the company has revealed it will be streaming all the happenings on its YouTube channel here. There has been a lot of speculation for the handset with the device believed to feature a Full HD 5.7-inch touchscreen display with the Qualcomm Snapdragon 800 processor under the hood.

Whatever Samsung has in store for the smartphone world we are now just under a month away from finding out officially.