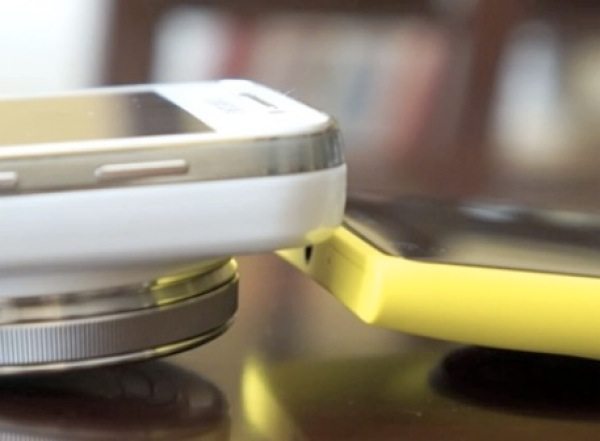 Let’s say for one moment that you were thinking of leaving the iPhone behind and were considering a new platform, but thought that the camera was one of the more important features of a handset, then there are just two to choose from. The first is the Nokia Lumia 1020 on Windows Phone 8 and the Samsung Galaxy S4 Zoom on Android.

The camera is one of the most important things in your buying decision because we always have our phone with us, and so being able to take superb images without the need to carry your point and shoot camera about with you is the way forward.

Nokia Lumia 1020 vs. Galaxy S4 Zoom — These have the two biggest sensors out on the market right now. The former has a 41-megapixel PureView sensor, compared to the latter with its 16-megapixel camera. You will notice in the video review of these phones above that the S4 Zoom is a bit of a chunk and is more of a camera than a phone.

However, with 10X optical zoom it is worth that extra weight, especially when this is the first time we have seen such zoom on a mobile phone.

In the video they would have you believe both phones are stepping into the DSLR market, although we find this a bit of a bold claim. We can clearly see the Galaxy S4 Zoom has far more to offer in the way of features, something that you would expect to see on a point and shoot. Having said that, the Lumia 1020 also has these same functions, which does make it even together to choose between the two.

There are 7 main points that you need to take into consideration before you choose which of the two comes out the winner, and those are design, display, interface, camera features, camera performance, specs and performance, and finally battery life.

If we had to choose between the two then we would go with the Nokia Lumia 1020, but that’s just our opinion.