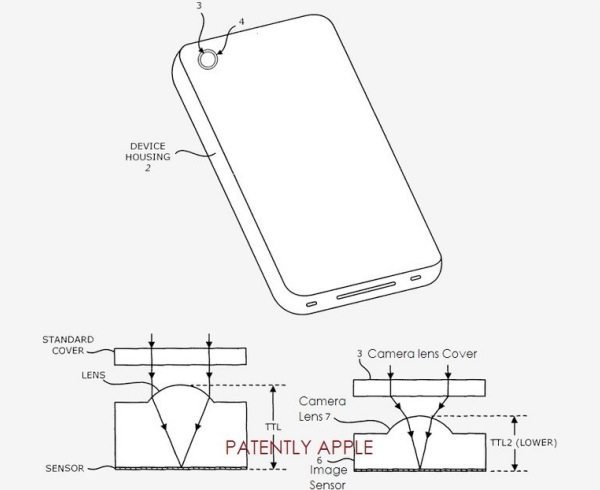 The likes of Apple is striving to make their iDevices thinner, although this would require some forward thinking, along with some new technology in order to make it possible. Let us take a thin iPhone 6 for example; we would expect this to come with some innovative features, such as advanced GRIN technology.

By using such technology this would allow for a new type of camera that is ideal for thinner smartphones. The thing is, Apple is not normally the first to market some new technology, but when they do it is something rather special.

As we have seen in the past Apple loves to make their next iPhone thinner, although we do not expect this to happen with the next update, which is expected to be the iPhone 5S. However, we do expect the iPhone 6 to be thinner than the current model, much like we expect the iPad 5 to be as thin as the iPad mini.

However, in order to make this work they need to come up with new patents like the use of GRIN material, which allows for the designers to make the camera much thinner. It all gets a bit complicated how the technology works, and so you can read this in more detail on Patently Apple.

This latest patent application from Apple could mean they could be the first to use this advanced technology on devices like the iPhone 6.This may not sound a big deal now, but we do know this technology may also be used for implantable lenses in the human eye.

The possibility of a thin iPhone 6 with innovative features does look rather promising with the use of GRIN material, but Apple also needs to strive in other areas, with the most important being the battery. We already know that the battery on the last few iPhones have not been as good as we had hoped, and so the news of some new battery technology does bring us some hope.

However, this is more for bendy batteries rather than being thinner, although we have seen samples of bendable batteries and they are a fraction of the thickness of a standard battery but we have yet to see them implemented into an iDevcie. We cannot say for certain if the iPhone 6 will be the first Apple device to make use from this, but there is a possibility that the rumored iWatch might be?