White LG Optimus G Pro for AT&T on the way 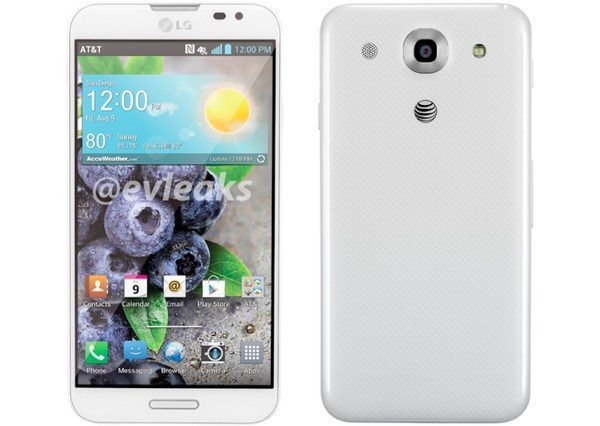 The LG Optimus G Pro is a smartphone with some very decent specs that released in April. AT&T has been carrying this phone in the US in the black color option, but it now appears that the white LG Optimus G Pro for AT&T is on the way.

This Android handset is a very impressive device, and the signs now look promising for those who were patiently hoping for the white version to come to AT&T. Evleaks has a very good reputation for authentic leaked images and has come up with an image of the white G Pro with AT&T branding.

No specific release date for the white option is available yet, but now that an image has leaked out, it might not be too far away. Presently AT&T is selling the black Optimus G Pro for $440 outright or $100 on contract, and we imagine the price for the white version will be the same, though this is not yet confirmed.

You can be sure that we’ll be keeping our eyes open for more news on a release date of the white LG Optimus G Pro on AT&T. Have you been waiting for the Optimus G Pro in white?