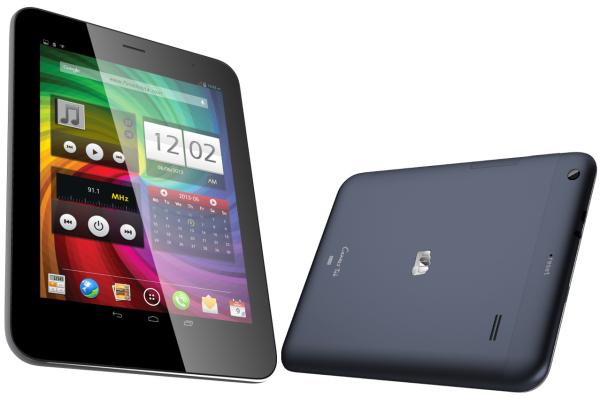 It seems that tablet PCs and smartphones are getting ever closer together as we are seeing handsets getting ever larger, while there is an increasing amount of tablets that can also make calls. Now the Micromax Canvas Tab P650 was recently announced that includes Android phone features.

Micromax has announced its first tablet PC that comes in the popular Canvas series with a price set at Rs. 16,500. The device is available across India via online retailers and brick and mortar stores, and the P650 brings voice calling abilities to a tablet PC.

The device features an 8-inch IPS touchscreen display at a resolution of 1024 x 768 that is powered by a quad core processor clocked at 1.2GHz, and this is coupled with 1GB of RAM. Other specifications include a 5-megapixel rear facing camera while around the front is a 2-megapixel shooter.

There is 16GB of on board storage that is expandable by a further 32GB via microSD card, and the supplied 4,800 mAh battery is promised to supply up to 5 hours of use when browsing the Internet. You will also find Bluetooth, voice calling, 3G support, GPS, Wi-Fi, and the slate is running the Android 4.2.1 Jelly Bean operating system.

The company has promised that the device will receive updates over the air in the future and will come in either blue or white colour options.

Do you like the look of the Micromax Canvas Tab P650?