Ultimate Trivia app is the perfect quiz for gamers 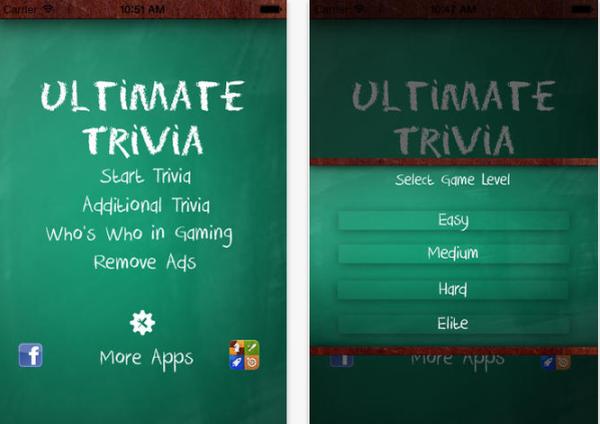 The various smartphone app stores are jam packed with different types of quizzes or puzzles but the new Ultimate Trivia iPhone app is promised to be the perfect quiz for gamers.

There are loads of trivia type games available on the Apple App Store but the recently released Ultimate Trivia: Impossible Video Game Trivia 1.0 is promised to be the ideal app for gaming fans everywhere.

The app is free to download and contains 100 questions with another 355 available via in app add on packs. These questions cover a huge range of gaming subjects that range from years gone by such as Intellivision, right up to the modern day with questions on franchises such as GTA and Call of Duty among others.

It promises to be a challenging time for all gamers and the developers Forthright Entertainment said that the team were really excited about the apps release. CEO Ryan Waller stated that they were all gamers themselves and the idea for the app came after looking at other trivia type games on the App Store,

The app has already received some positive reviews from users and Ultimate Trivia: Impossible Video Game Trivia 1.0 can be found on the App Store free for owners of the iPhone, iPad, and iPod Touch running iOS 7 or later.