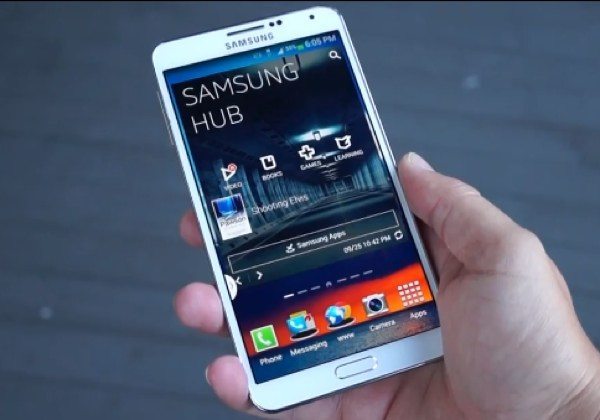 The Samsung Galaxy Note 3 is a hot arrival on the smartphone scene, and if you’re thinking of purchasing this phablet device then it can be a good idea to take in some reviews first. With this in mind we have a Samsung Galaxy Note 3 video review roundup that should give you a really good idea of whether this is the phone for you.

The Samsung Galaxy Note 3 makes use of the popular S Pen stylus, and this device will undoubtedly be one of the biggest Android sellers of the next few months. The first reviews are coming in thick and fast and we’ve selected what we think are some of the best video reviews available for this new Samsung smartphone to the market.

The first YouTube video that we’ve embedded below this story is a 12-minute Galaxy Note 3 review, which begins with pointing out that this is one of the most anticipated phones of the year. There’s then a close-up look of the design, with praise for the new leather-look reverse.

The video continues by detailing the display and then other specs such as the processor, graphics and RAM, before going on to look at various features, battery life and more. There’s also info on the Android 4.3 operating system and Samsung’s TouchWiz, a good demonstration of the S Pen stylus capabilities and price details.

The second Galaxy Note 3 review we have for your deliberation is hugely comprehensive and is in two parts, the second and third videos below. The two videos total around 36-minutes and show the T-Mobile Galaxy Note 3, and they cover a lot of ground in an attempt to help viewers decide whether this is the phone they want to add to their holiday season wish lists.

The first part of the video review covers the design, hardware, software, stylus use and features. The second part of the review gives a more in-depth look at Samsung’s TouchWiz user interface along with speed tests.

The next video review we have for you is an excellent 15-minute demonstration of what the phone has to offer. As you would expect this covers many of the aspects of the other video reviews, and concludes with a look at the pros and cons of the device.

This review gives the Galaxy Note 3 a rating of 9/10 with pros seen as the lengthy battery life, camera, note-taking features and performance. On the other hand cons are noted as the rather expensive price, weak speaker and limited apps support for features such as Air View and Gestures.

The final video review in this selection is a 12-minute look and asks if the Galaxy Note 3 has what it takes to stand out in a crowded smartphone market. It begins by showing the hardware and display before moving on to the dimensions and weight. There is then a good rundown of specs and improvements to the S Pen stylus, and once again the software gets a good look.

The camera is also detailed along with video capabilities. There’s a lot of praise for the Note 3 and the enhancements from its Note 2 predecessor, and very little criticism about the device. This video also gives a rating of 9/10 for the Galaxy Note 3.

You can check out all of these video reviews for the Samsung Galaxy Note 3 below, and we’d love to receive your comments about this phone. Have these reviews persuaded you that the Galaxy Note 3 will be your next smartphone? Maybe you still have reservations and are considering another device?