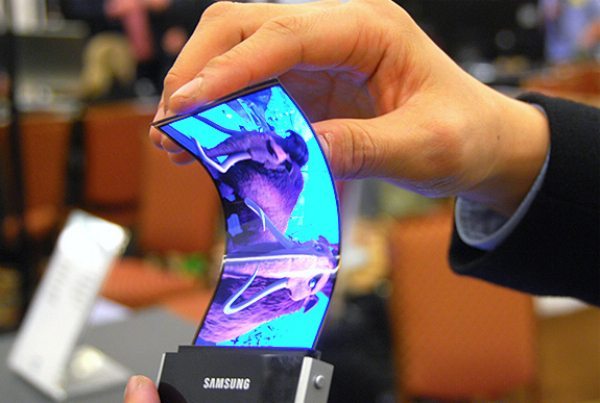 A brand new smartphone is apparently being announced this week, it is called the Samsung Galaxy Round phone and is expected to come with a flexible display and specs similar to the Galaxy Note 3.

The Samsung Galaxy Round smartphone according to Asiae.co.kr (Translated to English) is going to be more durable, it will also be applied to plastic substrates instead of glass plastic organic light-emitting diode (OLED).

Rigid glass is ok but we all know it can shatter easily, so this is where flexible/bendable displays come into play, but we know it has its good and bad points.

Some of the specs on the Samsung Galaxy Round smartphone is expected to come with a few features that can be found on the Galaxy Note 3, the screen will be smaller than the Note 3 at a reasonable 4.7-inches with resolution of 1280 x 720 pixels. Other specs are said to include quad core processor but we are hoping for the Qualcomm Snapdragon 800 processor.

Other Samsung Galaxy Round flexible phone features may include 2GB of RAM, 8-megapixel camera with and LED flash, 16GB of built in storage and will come running Android 4.3 Jelly Bean. Looks like we are going to have a flexible smartphone battle between Samsung and LG, because LG is expected to announce a bendy phone soon.

Flexible displays will either be loved or hated, in one respect they will be fantastic because they will survive drop tests that glass phones cannot handle. The screens thickness will obviously be reduced and surely looking at a flexible screen in the sun will reduce anti-glare.

There are a few flaws that come to mind when it comes to flexible displays, gaming would surely be a nightmare, when you are playing an intense game and then your phone bends when it shouldn’t. We are guessing the Samsung Galaxy Round with its flexible display will not bend like you think it will, it will have a little play when moving the smartphone. DO NOT expect 180 degree bending.

Would you buy the Samsung Galaxy Round smartphone with a flexible display?