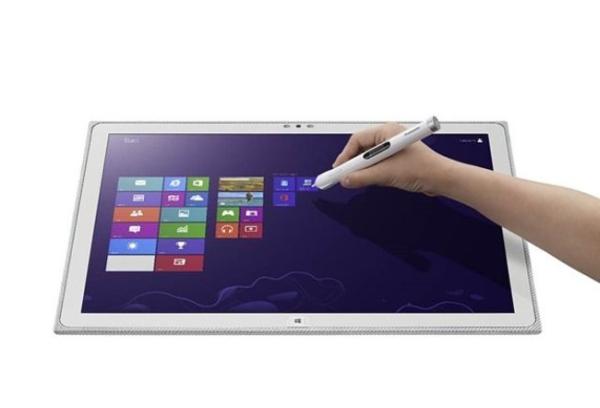 Most of the larger sized tablet PCs are mainly around the 10-inches mark but the Panasonic Toughpad 4K tablet takes screen size to a completely new level at 20-inches, but its release has been delayed until February 2014 according to reports.

Panasonic has revealed to the Japanese media that it’s Toughpad 4K tablet PC release has been delayed until the middle of February, where before the huge device was set to arrive in Japan and Europe in January before arriving in North America.

The reason being given for this disappointing release delay was put down to some problems that were affecting the radio waves of other devices, and a company spokesperson confirmed that the device will be modified to get around the issues.

Despite these changes Panasonic is still looking to release the Toughpad 4K tablet with an asking price of around Â¥450,000, which is about $4,400. The product will mainly be aimed at professionals but the specs of the device are pretty impressive.

It features a 20-inch LED IPS touchscreen display at a resolution of 3840 x 2560 with a ten point touch capability with support for an optional pen. This is powered by the Intel Core i5-3437U running at a clock speed of 2.9GHz with an Nvidia GeForce GT745M and 8GB of RAM, which is running the Windows 8.1 Pro operating system.

Do you like the sound of the Panasonic Toughpad 4K tablet?