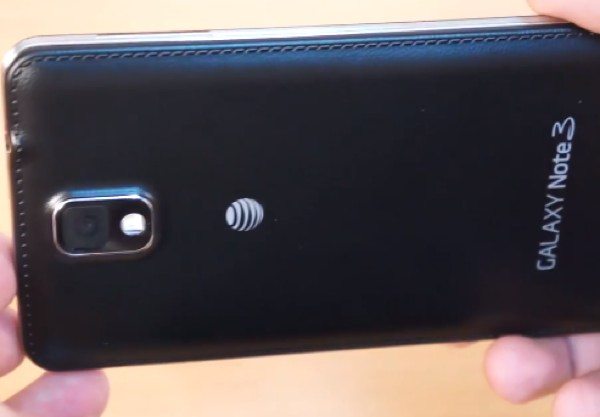 The Samsung Galaxy Note 3 is a highly acclaimed smartphone that has been another big success for the giant tech company since its release a few months ago. It’s always interesting to look back a short while after the initial launch though, to see how a handset has fared as far as robustness is concerned. Today we have a video to share about Samsung Galaxy Note 3 durability after the initial buzz has died down.

We all know that feeling of holding a beautiful spanking new phone in our hands when it’s still immaculate and unblemished from normal everyday use. It’s difficult to know in advance how a phone will endure the bumps and scrapes of everyday life though. We’ve encountered some handsets that look as good as new a year or so later, but others haven’t stood up to usage at all, and have succumbed very easily to damage or marking.

In the YouTube video that we’ve embedded below this article you’ll see how a Galaxy Note 3 has stood up to wear and tear after being well used for over a month. The video from Pocketnow states that two people have used this phone and the reviewer says this is one of his most favored devices and points out he often uses a sleeve for protection rather than a case.

After plenty of use the reviewer is happy with the performance of the Note 3 but does have a few reservations about the aesthetics of the device. The video compares the reverse of the Galaxy Note 3 handset with that of the Galaxy Note 2, saying that the design of the newer phone is generally more durable than its predecessor.

However, it’s noted that after the first couple of weeks there were some slight scratches on the home button and speaker grille. There’s praise for the faux leather backing though as it deters marking from fingerprints and doesn’t get scratched. You can check out the video for yourselves for more observations but ultimately there are a lot more positives than negatives noted about overall use of the Galaxy Note 3.

We’d be really interested to hear your views on this. Do you have the Samsung Galaxy Note 3? If so, have you noted any issues with wear and tear of your device, or does it still look as good as new? Are you pleased with your overall Galaxy Note 3 experience so far? Let us know with your comments.