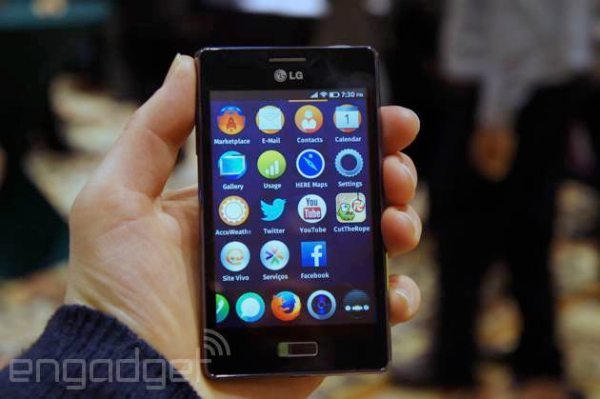 The Fireweb LG Firefox OS phone has shown up a few times when it made its way around Brazil, but now the handset has made its appearance at CES 2014 and Engadget seem a little unhappy.

LG unveiled its new Fireweb Firefox OS smartphone but we have not heard anything about a US or UK release on the Fireweb, which tells us it will not be coming to these countries.

Engadget were at CES 2014 and got their hands on the new LG Firefox OS smarphone, they said it was next to many other handsets that had already been announced running the Firefox operating system.

The guys had a little play with the new LG Firefox phone and said that they were not ‘particularly taken’ with what the new phone had to offer. They did say it was the hardware side of things that did not impress them, they also mentioned “It is not offering up its A-List devices for the browser company’s nascent OS.”

The new handset offers a boring 1GHz processor, 480 x 320 display, but it does a decent job running HTML5-based apps, it also has a microUSB jack at the bottom and volume rocker on the left-side.