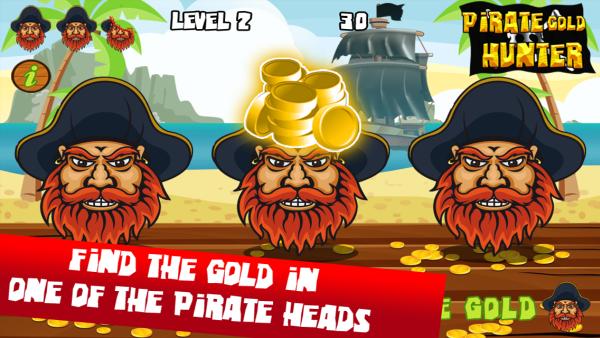 We are constantly seeing new games released for mobile devices that are often free to play and become hugely popular, and the recently released Crazy Pirate game for iOS is simple but hugely addictive.

Crazy Pirate was released onto the App Store a few days ago and promises iOS users a highly addictive game that is free to download and play. Users have to take on hordes of marauding and bloodthirsty pirates that have stolen your gold.

The game is a modern twist of “Find the Ball” but has addictive and fun features added along with some bloodthirsty action thrown in with fast paced endless levels for users to enjoy, as you try to keep an eye on all your treasure.

Users have to fight their way up the leaderboard gaining achievements beating your opponents, and users can share their progress via social networking sites. Despite its short time of being available the Crazy Pirates game has already gained many positive reviews.

Crazy Pirate 1.0 is free and available worldwide on the App Store for owners of the iPhone, iPad, and iPod Touch running iOS 6.0 or later.