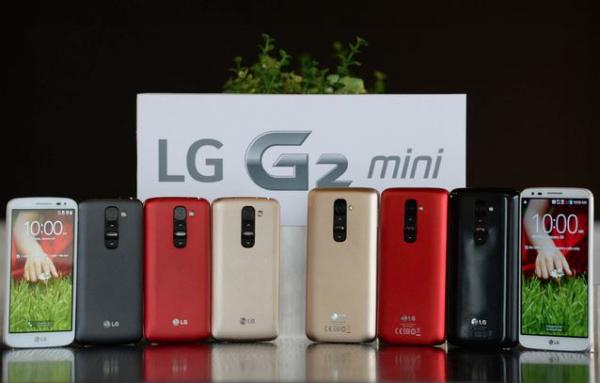 We have been seeing a growing number of so called mini versions of flagship smartphones becoming available, with some better than others. Now after months of rumours the LG G2 Mini has been launched officially but the device doesn’t exactly inspire.

LG has decided to officially launch the G2 Mini before the Mobile World Congress, and the devices specs don’t exactly match the LG G2 but in a smaller form factor. The LG G2 Mini has a screen size of 4.7-inches with an IPS display at a 540 x 960 resolution.

Under the hood we have either the quad core Qualcomm Snapdragon 400 or NVIDIA Tegra 4i processor, which is a bit of a come down from the LG G2 and its Snapdragon 800 processor. There is 1GB of RAM along with 8GB of internal storage that is expandable via microSD card.

As you can see the device has the same rear button set up as the LG G2, and there is an 8-megapixel rear camera paired with a 1.3-megapixel front facer. The device measures 129.6mm x 66mm x 9.6 mm, while the handset will ship running Android 4.4 KitKat straight out of the box.

The LG G2 Mini will first become available next month in Russia and neighbouring countries, before hitting Asia, Latin America, Europe, and the Middle East.

Are you disappointed in the LG G2 Mini?