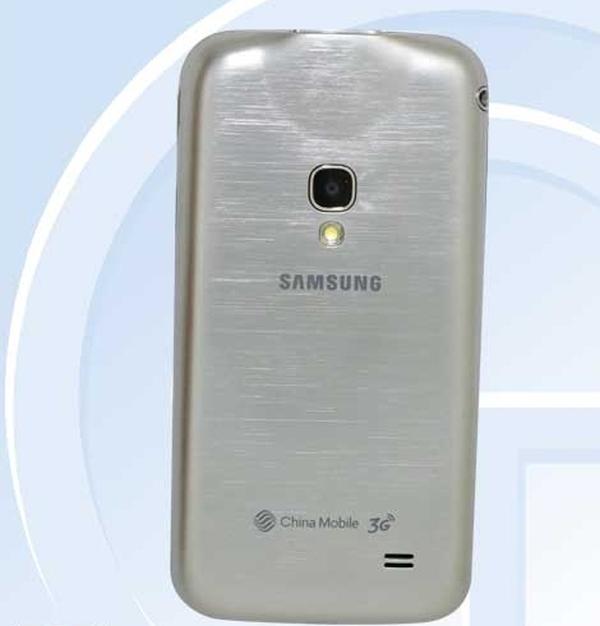 Samsung has long been criticised about its use of plastic materials in its smartphones, and despite yesterday stating that there will be no metal version of the Galaxy S5, the company did mention there will be premium materials used in the future. Now a new Samsung Galaxy Beam looks set to bring some S5 jealousy.

While there are many fans of Samsung smartphones that are extremely happy with their chosen device no matter what it is made of, some would like a premium smartphone manufactured from a material to match that status.

Now a Samsung Galaxy SM-G3858 has been found on China’s Telecommunication Equipment Certification Center, which due to it’s deign is thought to be a new Galaxy Beam 2 handset. Just like its predecessor the device doesn’t have high end specs, and includes a 4.66-inch display at a resolution of 480 x 800.

Under the hood is a quad core processor clocked at 1.2GHz and paired with 1GB of RAM, and camera wise there is a 5MP rear facer with LED flash, which is paired with a VGA front facer. As you can see the device does feature a metal body so this could be a feature that is seen more this year on Samsung handsets.

Do you care what material Samsung makes its smartphones from?