HTC One M8 release closes in as advertising campaign begins 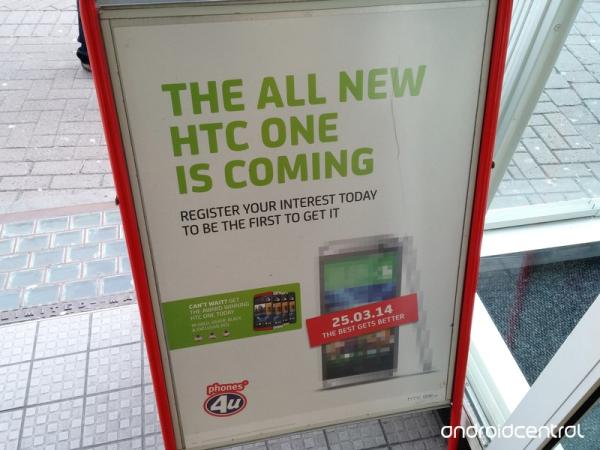 Next week will see the unveiling of the next flagship smartphone for 2014 from HTC, and now the HTC One M8 release closes in as the advertising campaign by retailers gets underway.

There is a very good chance that HTC could really have a hugely popular phone on their hands going on the response that the HTC One M8 has gained in recent weeks. The image that you can see on this page was taken by the guys over at Android Central, and is outside a Phones 4u store in the UK.

As you can see the retailer is still calling the device the All New One which is one of the many names the device has been called, but as we reported previously the handset looks set to be known as the HTC One M8.

Whatever its final name we will know on March 25th with events taking place in London and New York, with a release tipped to be in early April.

Is the HC One M8 your next smartphone?