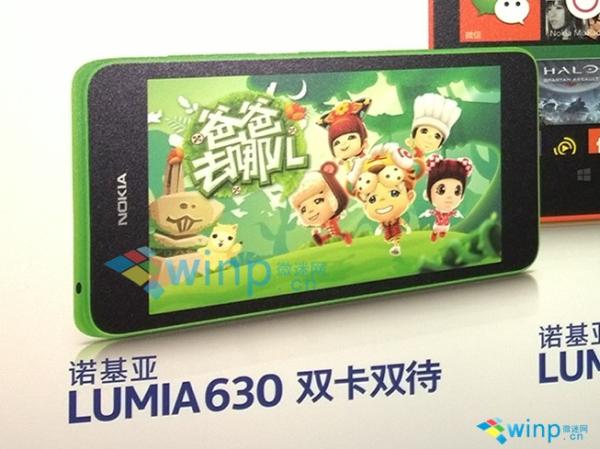 Fans of smartphone manufacturer Nokia look set to be in for a treat in the next few days as the company is set to take the wraps off some new hardware, and now the Nokia Lumia 630 specs are listed ahead of an official launch.

Earlier this month we saw a press render leaked for the Nokia Lumia 630, and the device looks set to make its debut next week but before then a new image and some specs for the handset have emerged.

The device is claimed to be released in China during the middle of next month and feature a 4.5-inch display at a resolution of 854 x 480, and powered by a Qualcomm Snapdragon 400 processor with 1GB of RAM. Other features include Windows Phone 8.1, dual SIM support, but there will be no camera key or LED flash.

It has been suggested that the device will be priced at 1000 Chinese Yuan, but until we hear officially this information has to be taken with a large pinch of salt.