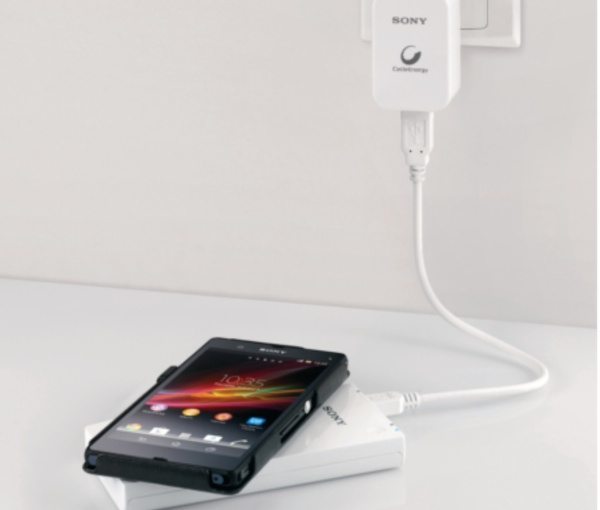 A growing number of devices are supporting wireless charging and Sony has now announced the Sony CP-W5, a hybrid wireless Qi charger and battery accessory. The CP-W5 has a charging plate using Qi inductive charging so this is not just compatible with Sony Xperia handsets, but any Qi-enabled smartphones too.

It has a wall charger and USB cable to use when needed and also has a built-in 5,000 mAh battery so that even if you’re not near a wall socket you can still charge your phone. Hybrid-Gel technology has been employed, meaning that even after a thousand charges the CP-W5 will still sustain around 90% of its capacity.

An exact release date has not been announced yet, although Sony has said that it will be available from April in a white color. As yet no price has been given. How much would you be prepared to pay for this Sony CP-W5 wireless charging accessory?