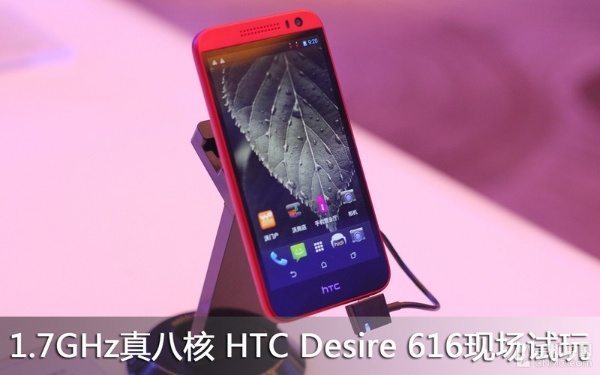 Last week we heard about a device called the HTC Desire 616, an octa-core smartphone, but there were no details then regarding either a price or release timeframe. The latest news on this device is that the HTC Desire 616 price is expected to be around $200.

Chinese media are now reporting that the phone will be priced at approximately 1,299 CNY ($209), and that it’s heading for an April launch. We know that this phone will be available in China as it has received certification from Chinese authorities, but it’s not clear yet whether the phone will release in other regions.

Our previous report contained some specs for this device, and with a 1.7GHz MediaTek MT6592 octa-core CPU, 5-inch display with 720p resolution and 1GB of RAM, this pricing seems very reasonable. If the Desire 616 releases outside of China would you consider buying it?