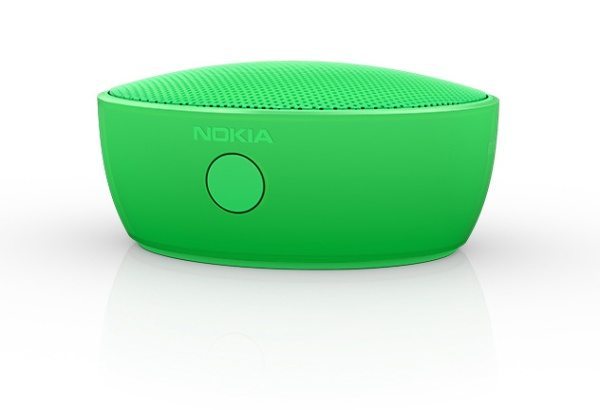 We’ve been keeping readers in the loop about the recently announced Nokia Lumia 630, 635 and 930 and if you’re thinking of buying any of these new phones you might be interested in an official accessory. The Nokia Bluetooth Minispeakker has also been announced and is expected to release at some point this quarter.

The MD-12 wireless speaker can be paired with your device either via Bluetooth or NFC, and managed using the Nokia Device Hub app. Alternatively the audio-out connector that’s included can be used. It weighs 180g and features a vibrating actuator that has been built-in and which can provide “a surprising amount of bass.”

The accessory is described as being around the size of an apple and comes in 4 color options that complement the Lumia 630, 635 or 930, green, orange, white or yellow. The price is expected to be around $54 /â‚¬39. At the moment Nokia is running a promotional contest with three of these MD-12 wireless speakers as prizes. You can take part at the source below.

Will you be purchasing this speaker accessory for your Nokia Lumia 630, 635 or 930 when it becomes available?