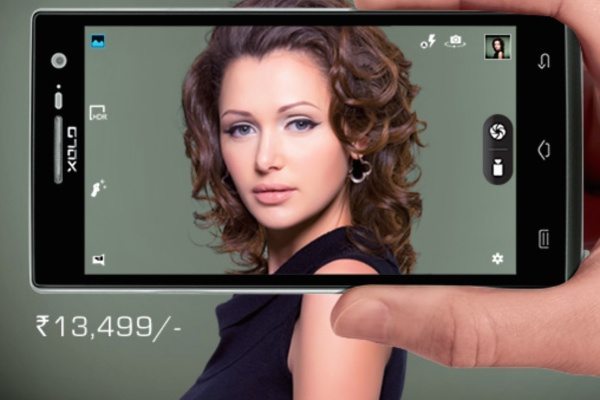 Some of our readers in India will have already heard of the Xolo Q1010 and now the Xolo Q1010i has appeared listed with a price. It’s on the official Xolo website and if you’re wondering what the ‘i’ version has to offer over the Q1010, it has an improved camera set-up and more internal storage.

There’s also a 2250 mAh battery and it runs Android 4.2 Jelly Bean, although Xolo says that it will be updated to Android 4.4 KitKat at some point. As far as the camera capabilities are concerned the Xolo Q1010i has an 8-megapixel rear camera with Sony Exor R sensor with f/2.0 aperture, as well as a 5-element lens and 1.4 micron pixel size. There’s also a 2-megapixel front-facer.

This is a dual SIM (GSM + GSM) handset with dual standby, and connectivity options include 3G, Wi-Fi 802.11 b/g/n, Bluetooth 4.0, GPS, and USB OTG. The handset is 8.3mm thick and also has a 3.5mm audio jack and FM Radio. Would you consider the Xolo Q1010i as your next smartphone purchase?