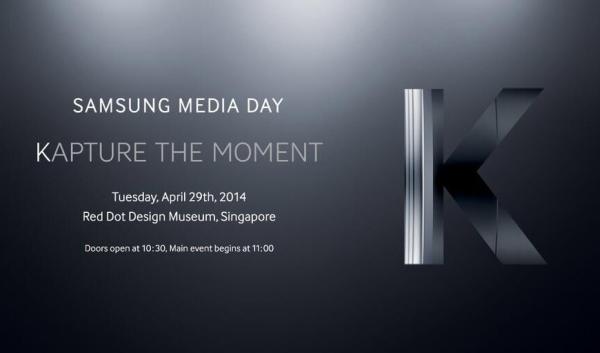 We have been hearing rumours and seeing evidence of a Samsung Galaxy S5 Zoom handset for a while now, and now the company has taken to Twitter to reveal an event for April 29th taking place in the Red Dot Design Museum in Singapore.

The Tweet by Samsung says “Kapture the Moment. April 29. Mark your calendars!”, and as you can see from the image on this page there is a large letter K accompanying this, which seems to suggest that the device will be known as the Samsung Galaxy K.

Will you be considering this device?