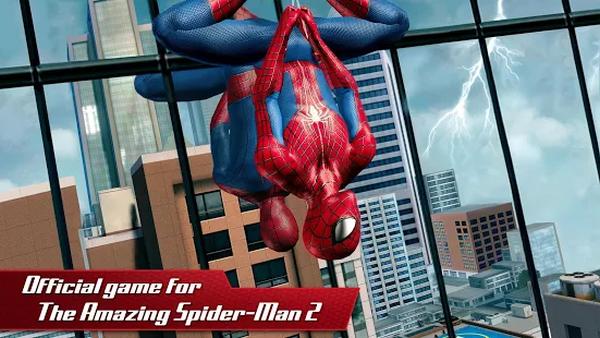 Big movie releases are normally accompanied by a game that is released over a number of different platforms, and the Amazing Spider Man 2 game is now ready for Android and iOS download.

The Amazing Spider Man 2 game has been released by Gameloft for both the Android and iOS platforms, and the title will be made available for the Windows Phone platform at some point in the future.

This new game takes place in Manhattan as you take control of Spider Man to fight the likes of the Green Goblin, Electro, Venom, and more villains as you try and bring peace and safety to the city. There are some new characters that include Black Cat and Screwball, and you can unlock other Spider Man suits such as Iron Spider Man and Symbiote Spider Man.

The game features high quality voice acting along with cinematic cut scenes along with intense combo focussed combat, and check out the demo video below.

Amazing Spider Man 2 for Android can be found on Google Play for Â£2.99/$4.99 for devices running Android 4.0 or later, while the iOS version costs the same on the App Store and is available of hardware running iOS 7 or later.