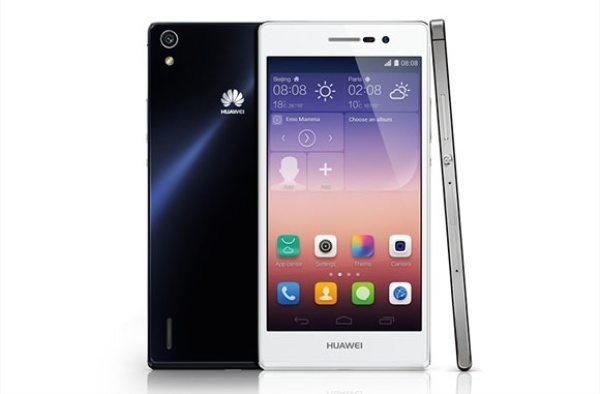 There has been plenty of interest in the Huawei Ascend P7 and this flagship smartphone has now been made official. We have specs, price and release information ahead about the phone that’s a successor to the popular Ascend P6.

The Huawei Ascend P7 has been the subject of plenty of leaks and now a release from May has been confirmed along with a price tag of â‚¬449, that equates to around Â£369 or $625. It will be available in black, pink or white color options in a large number of regions including the UK and many other European countries, China, Hong Kong, United Arab Emirates and many more, with availability in further regions to follow.

The P7 runs the Android 4.4 KitKat operating system skinned with Huawei’s Emotion 2.3 UI, and it has a 2500 mAh battery. Connectivity includes LTE, Wi-Fi 802.11n, Bluetooth 4.0, NFC and microUSB 2.0. Dimensions of this handset are 139.8mm x 68.8mm x 6.5mm, so this is an extremely slim device, and it weighs just 124g. Does the Huawei Ascend P7 sound like a smartphone you might purchase for yourself?