Samsung Galaxy Grand 2 vs Galaxy S2 Plus square up 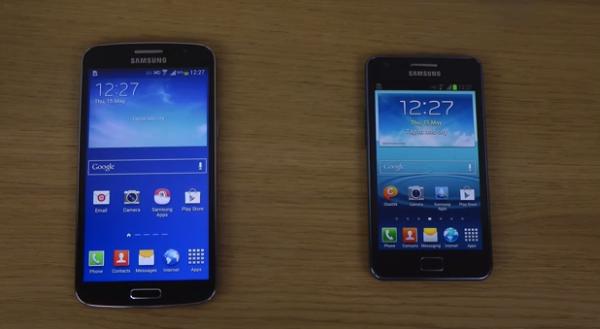 Both the Samsung Galaxy Grand 2 and the Galaxy S2 Plus have been available for a while now and below this article we have a YouTube video giving the handsets a quick comparison. The video begins by the reviewer stating that in his experience the Galaxy S2 Plus is worse than the original S2 device.

The Galaxy S2 Plus is obviously much smaller than the Galaxy Grand 2 while the smaller handset is currently running Android 4.1.2 Jelly Bean compared to 4.3 on the Grand 2. The display on the S2 Plus is preferred, but the Grand 2 has the much loved faux leather rear finish that was first seen on the Galaxy Note 3.

Do you think there are too many Samsung Galaxy smartphones?