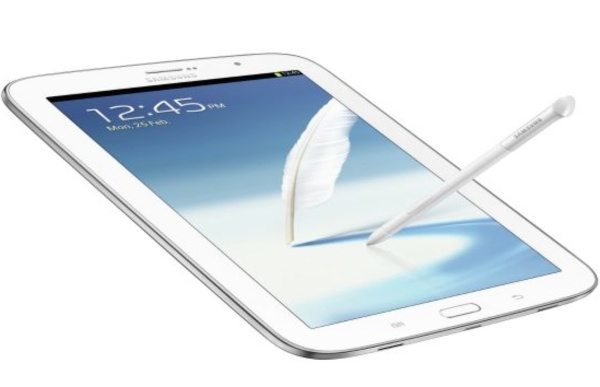 It’s always good to be able to bring readers news of operating system updates for their devices and if you have the Galaxy Note 8.0 tablet then you’ll be interested in this next information. The Samsung Galaxy Note 8.0 (Wi-Fi) Android 4.4 update has now arrived.

The Android 4.4 KitKat update already began rolling out to the Galaxy Note 8.0 3G model last week, and now it’s the turn of the Wi-Fi edition. Owners of the device in the UK are already receiving the update, so over the next few days it should also be appearing for other regions.

Android 4.4.2 is being pushed out as an over-the-air (OTA) update or via Kies, and will bring plenty of improvements, new features, enhanced performance and battery life and more. If you don’t automatically receive notification that the update is ready for your Note 8.0 Wi-Fi model you can check manually by heading to Settings followed by About and then Software Updates.

If you’ve already received this Android 4.4 KitKat update for the Samsung Galaxy Note (Wi-Fi) version then do let us know what you think of the changes it brings.