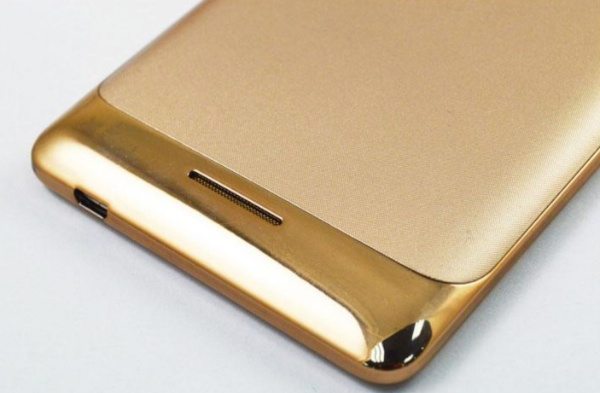 Smartphone buyers who like to stand out in the crowd may find their mouths drooling over the look of a new Lenovo smartphone. We now have news of a Lenovo Golden Warrior S8 specs leak that gives the price of the device and comes from an online retailer.

Last month we showed an image and some unconfirmed specs of the Golden Warrior and although there are other gold-colored handsets about now, the Lenovo offering really is rather flashy. The price of the phone is $200, although we should remember that this is not official just yet, and there’s still no news on a firm release date.

Specs listed for the device on the retailer site include a 1.4GHz MediaTek MTK6592M quad-core processor, 5.3-inch LTPS display with 1280 x 720 resolution, 2GB of RAM, and 16GB of internal storage that can be expanded via microSD. It has a 13-megapixel rear camera, 5-megapixel front-facing unit, and a 2000 mAh battery, while connectivity includes 3G, Wi-Fi 802.11 b/g/n and Bluetooth.

Dimensions of the Golden Warrior S8 are 146mm x 76.7mm x 7.9mm and it weighs 146g. It runs the Android 4.2 Jelly Bean operating system. Would you like to get your hands on the Lenovo Golden Warrior S8 when it releases?