Slingshot app Android and iOS, love it or hate it 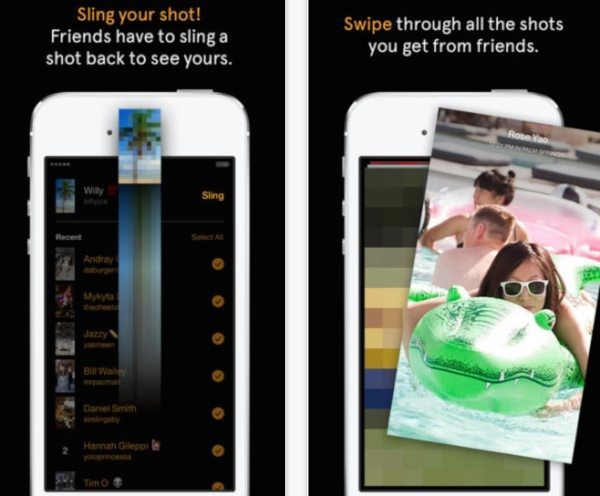 Every now and then an app comes along that gathers a huge amount of interest, such as the Yo app that has recently been in the news. Now the new Facebook Slingshot app for Android and iOS is making waves and could take on the popular Snapchat app, although it seems to be getting a mixed reception

The Slingshot app has recently arrived on the App Store and Google Play Store in the US after an earlier teaser, and it offers a rather different angle to other social apps out there. What makes Slingshot different from Snapchat is that when a friend sends you a photo or video you have to respond with one of your own before you can see theirs.

This almost-forced participation could either pull in the crowds or turn people off, although that remains to be seen. The basic idea is that users can send 15-second videos or photos to those who they’ve recently ‘slinged’ with, from one person to all of them if desired.

The idea came from a hackathon and Facebook has spent six months developing the app. You can see much more on the background and development of Slingshot and exactly how it works at the TechCrunch link below this story. If you want to check out the iOS version of Slingshot head here to iTunes to download it. It’s a free app that’s compatible with iPhone, iPod touch and iPad running iOS 7.0 or later.

The Slingshot Android app is here at Google Play where it’s also free. It’s compatible for devices running Android 4.1 or later. We’ve been taking a look at customer reviews and to be frank it largely appears to be the case that people either love it or hate it!

We’d really like to hear from readers on this one, and get a consensus of opinion. Are you already a user of Slingshot and one of those who really enjoy this app? Maybe you’ve tried it but found it didn’t float your boat? Let us know by sending us your comments using the box below.