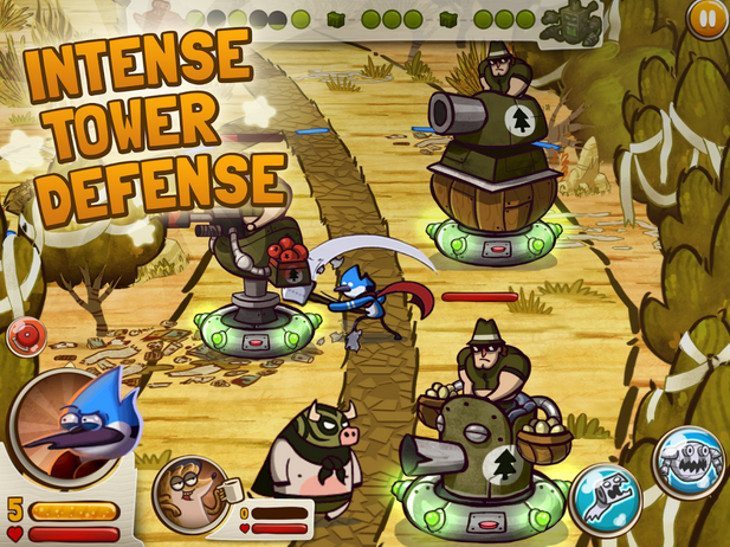 There was an absolute slew of mobile games released this week, and while there were some duds, it was one of the better weeks to be a mobile gamer. Cartoon Network has brought several killer games to our pockets, and a new one called The Great Prank War has just arrived for Android and iOS devices.

The Great Prank War is a Tower Defense game of sorts that brings all the characters you know and love from the Regular Show to your smartphone. Yup, you’ll get to play with Skips and the Muscle Man along with fan favorites Rigby and Mordecai. You have to take out the enemy’s tower with your arsenal while protecting your own, and as you’d expect, it won’t be easy.

You’ll get four characters to play with from The Regular Show, and each has their own ‘pranking skills’ that will come in handy in the heat of battle. Your towers are prank-themed as well, so you can expect to see plenty of odd armaments like whoopee cushions, eggs and glue. 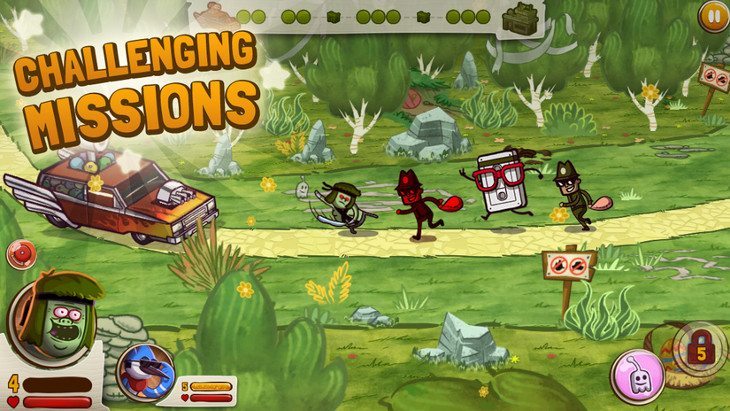 Cartoon Network has put out some insanely popular games like Card Wars — Adventure Time, and they’ve seemed to dial down, or in this case eliminate, the IAP’s from their newer games. There is no free version of The Great Prank War to try, but the full version will only set you back $2.99 and it’s sans IAP’s. You can pick up TGPW on Google Play and the App Store if you want to give it a go.