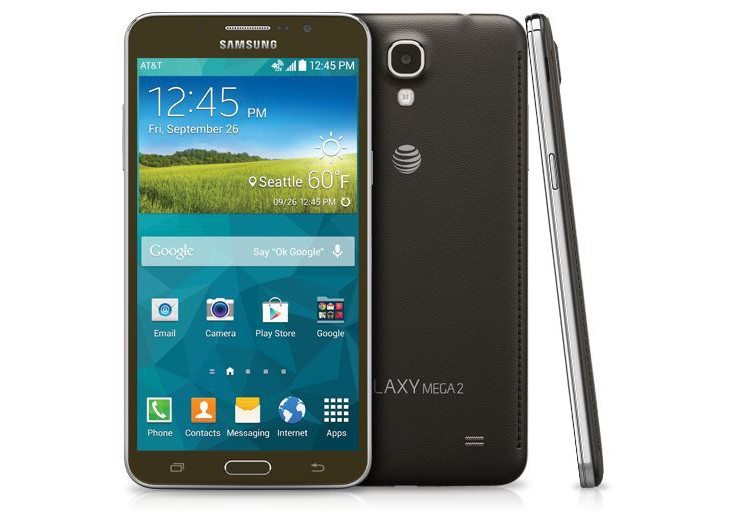 If you like your handsets to be a bit larger than the rest of the pack, the Samsung Galaxy Mega 2 may be right up your ally. The recently released smartphone is headed to the states, and it is coming to AT&T on October 24.

The Samsung Galaxy Mega 2 is the obvious successor to the massive Galaxy Mega, and we took a look at its specs back in September. The Mega 2 is smaller than its predecessor at 6-inches, and it sports a 720 display. Under the hood, you will find a 1.5GHz quad-core chip, 1.5GB of RAM and 16GB of expandable internal memory.

The rest of the Galaxy Mega 2 specs show an 8MP/2.1MP camera combo, the usual array of sensors, and a 2,800mAh battery. Connectivity options include WiFi, Bluetooth, microUSB 2.0, and NFC. The device does have a microSD card slot that lets you expand the memory up to 64GB, and it will run Android KitKat 4.4.3 straight out of the box.

Are you planning on picking up Sammy’s phablet from AT&T?