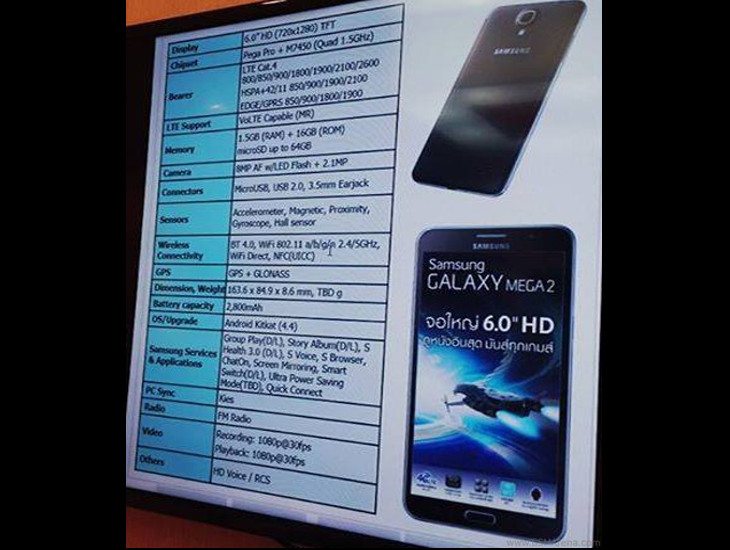 The new specs leak comes from GSMarena, and shows what looks to be advertising or sales information for the Galaxy Mega 2. The device is shown as having a 6-inch 720p TFT display, 1.5GB of RAM and 16GB of storage. The Samsung Galaxy Mega 2 specs shown in the TENAA listing have the device coming in a fuzz smaller with 2GB of RAM and 8GB of storage.

The processor is different as well — the new listing shows a 1.5GHz quad-core compared to a 1.2GHz chip in the previous leak.Â The overall dimensions are the same, and both devices will come with KitKat 4.4, but the cameras are different. The TENAA listing shows a 13MP/5MP camera combo while the new leaks shows a 12MP rear camera and 2.1MP front-facing snapper. Curious indeed…

While we don’t know which leak is correct, both are right in line with what we expect from the Mega 2. It’s also possible there will be variants — it’s Samsung after all. The Samsung Galaxy Mega 2 has been in the pipeline for a while now, so we should hear something official from Sammy soon.