Five Nights at Freddy’s 2 for Android has arrived 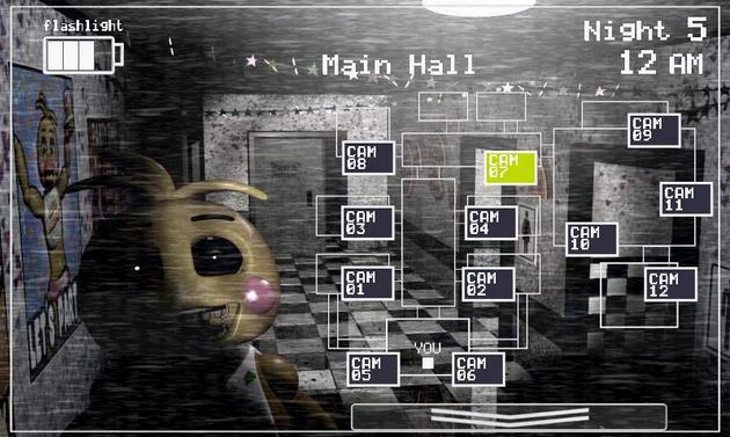 Scott Cawthon got gamers spooked with Five Nights at Freddy’s, and it has been dubbed one of the scariest games of the year on mobiles or otherwise. Fans sometimes have to wait years for sequels, but that’s not the case this time around as Five Nights at Freddy’s 2 for Android has just touched down on the Play Store.

Five Nights at Freddy’s 2 is supposed to pick up where the first one left off — at Freddy Fazbear’s Pizza. There are some new characters in the sequel, and your job is to keep things in line when the lights go out as the last security guard got bumped to the day shift. We’re still not sure why…

Five Nights at Freddy’s isn’t your typical mobile game as there is no joystick or virtual buttons to deal with. What you see is what you get, and while it may not seem like much, it’s built for scares and it definitely succeeds in that area. In case you’re wondering, we’re purposely being vague about the game as it’s best not to be spoiled with a game of this nature.

If you’re looking for a game to put a little scare into you, Five Nights at Freddy’s 2 mobile is a fine choice. The nature of the gameplay may turn some folks off, but it’s widely regarding as a top-tier fear fest and it’s set in a spooky pizza place full of children’s animatronics. You can pick up part one of the Freddy’s series for $2.99 on the Play Store, and the Five Nights at Freddy’s 2 for Android will set you back $2.99 as well. Five Nights at Freddy’s for iOS should arrive at any time, and the game is also available on Steam if you want your scares on a bigger screen.