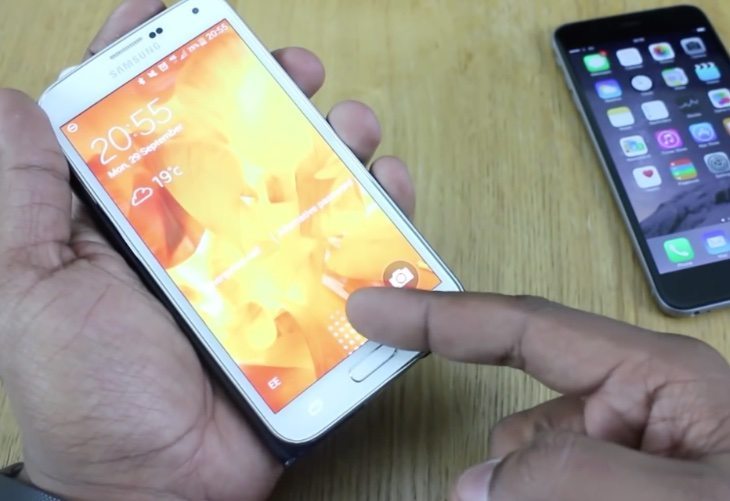 Fingerprint sensors are becoming increasingly popular for new devices, with many manufacturers such as Samsung, Apple and Huawei all jumping on board with their own respective offerings. Today we have a Galaxy S5 vs. iPhone 6 Plus vs. Ascend Mate 7 fingerprint sensor video to take a look at, and it shows the differences in how these work.

The Galaxy S5 released in spring with a fingerprint sensor while the Huawei Ascend Mate 7 and iPhone 6 Plus released more recently, and in the Apple version it’s known as Touch ID. Below this story we’ve embedded a 4-minute YouTube video demo of the fingerprint scanners from Fone Arena, and it shows how the sensors have been implemented in these handsets.

It’s interesting to see that for the Galaxy S5 and iPhone 6 Plus the sensor is built into the home button, whereas on the Ascend Mate 7 the sensor is on the back of the phone. The video goes on to demonstrate how easy it is to use the fingerprint sensors and how quickly they work on each handset. You’ll see that the iPhone and Huawei phones require just a touch on the relevant button, and with the Samsung handset the user needs to swipe down across the button. 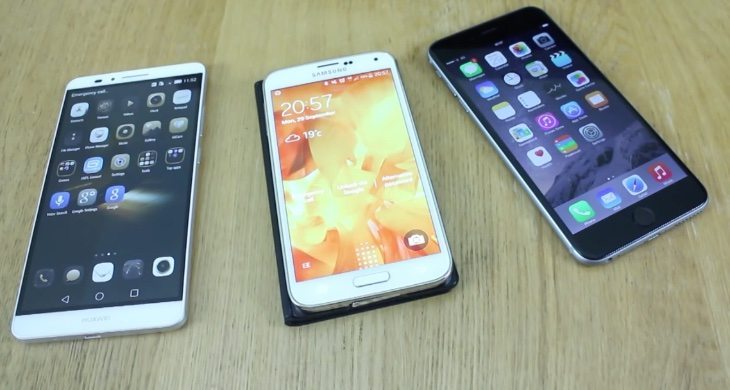 It’s a straightforward procedure for all three and all of the handsets are quick to come on. The reviewer then decides to demo the fingerprint sensors again, but this time by pressing slightly off-center. This works perfectly well on the Ascend Mate 7 and iPhone 6 Plus, but for the Galaxy S5 it’s a slightly different story, as you’ll see when you view the video. This is seen as rather a drawback for the Samsung phone, and something the company should have made a better job of.

When you’ve checked out the demo below we’d like to hear your thoughts. If you’re considering purchasing any of these smartphones is the fingerprint sensor performance important to you? Maybe you already have the Galaxy S5, iPhone 6 Plus or Ascend Mate 7 and could tell us if the video demo reflects your own use of this feature?