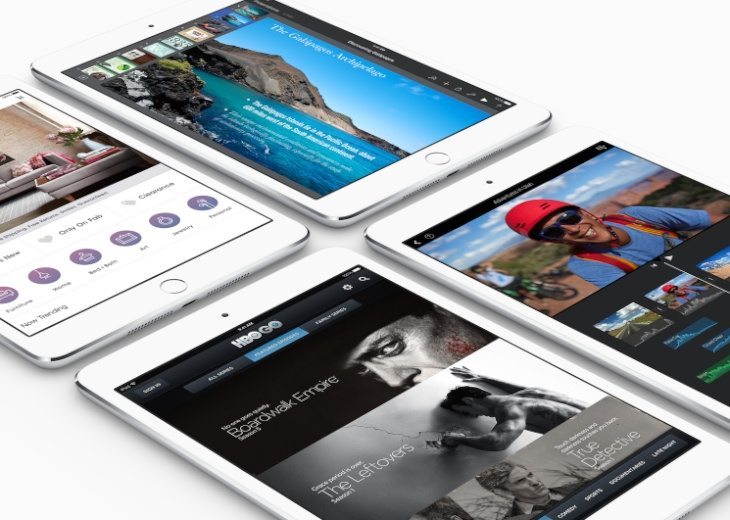 The tablet market has been constantly growing in the past couple of years, as tablets from different manufacturers and running different operating systems have evolved. Those who already have a smartphone are more likely to purchase a tablet (one that probably runs the same OS as the phone itself) than to buy a laptop computer, because of the way tablets are built, with mobility in mind. However, with smartphones getting bigger and bigger in screen size (and tablets becoming smaller and smaller), the line between smarphones, phablets, and tablets has been slowly fading away.

According to a recent IDC report, the global tablet growth is slowing down. That’s not to say that it’s decreasing or stagnating, but it is growing at a much slower pace than before. The IDC report testifies to the deceleration of the global tablet market; the figures for 2014 areÂ 7.2%, which is down from 52.5% in 2013, if we take a year-over-year comparison into consideration.

According to the report, the main reason behind this deceleration of the global tablet growth is Apple, and its iPad, 2014 being the “the first full year of decline in Apple iPad shipments”, notes IDC. However, the iPad situation is not the only one that is causing the problem; “device lifecycles for tablets have continued to lengthen”, claims the reportÂ “increasingly resembling those of PCs more than smartphones”. People are buying tablets for a longer period of time than smartphone, and, the same way you don’t switch out your computer every year (or two years), customers hold on to their tablets longer. 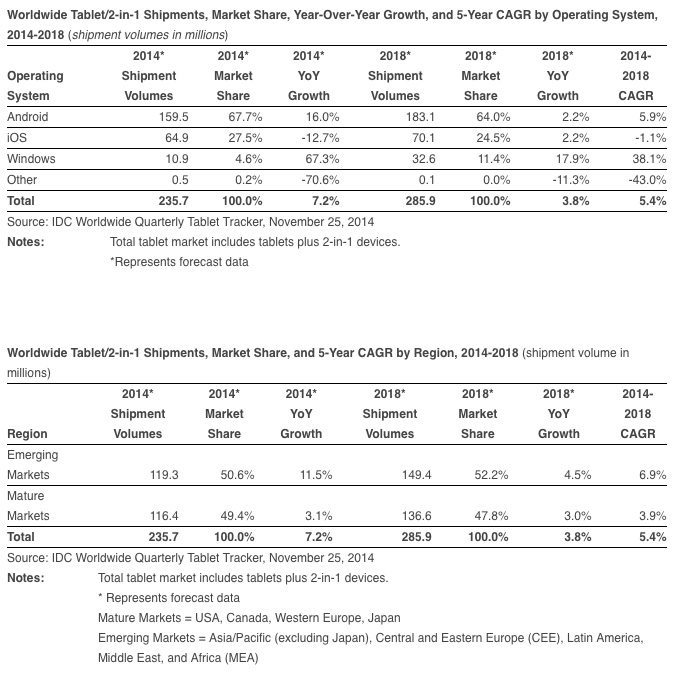 “In the early stages of the tablet market, device lifecycles were expected to resemble those of smartphones, with replacement occurring every 2-3 years. What has played out instead is that many tablet owners are holding onto their devices for more than 3 years and in some instances more than 4 years”, saysÂ Ryan Reith, Program Director withÂ IDC’s Worldwide Quarterly Mobile Device Trackers.

However, IDC believes that the tablet landscape can crucially change in the future, with the next six months being especially interesting and important; depending on what the reaction to Windows 10 will be, what Google is planning with Android, as well as Apple with the iPad line-up — especially the rumored iPad Pro — the tablet market can pick up easily.