The Karbonn Titanium S25 Klick arrives in India for Rs. 7,650 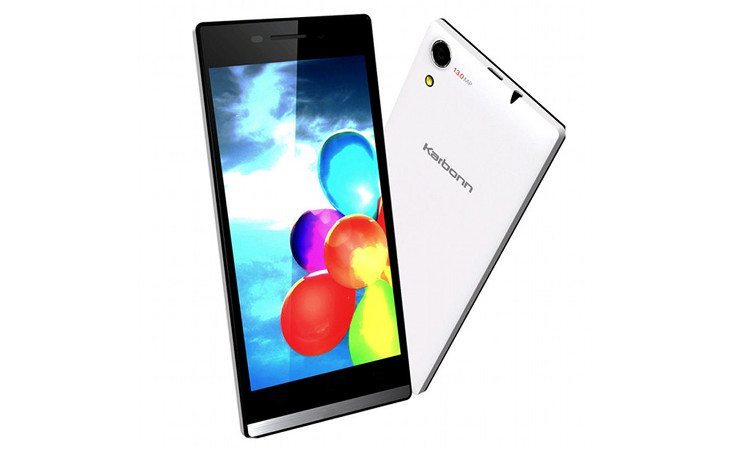 We’re not sure how manufacturers are able to crank out so many designs in such a short time in India, but today we are back to take a look at another new handset bound for the region. Karbonn is adding another phone to their Titanium lineup, and the Karbonn Titanium S25 Klick boasts some fairly impressive specs.

The Karbonn Titanium S25 Klick is a mid-range handset, but it has a few features that make it stand apart from the pack. The Klick sports a 5-inch display with a resolution of 1,280 x 720, and under that panel you’ll find a quad-core SoC clocked at 1.3GHz. Rounding things out on the inside are 1GB of RAM and 8GB of internal storage which can be kicked up to 32GB via the microSD slot.

As we mentioned, the Karbonn Titanium S25 Klick has a few features of interest and that would be its cameras. Instead of the usual 8MP snapper found on many mid-rangers, you’ll get a 13MP sensor with an LED flash. The front-facing camera isn’t too shabby either as comes in at 5MP. Connectivity options include WiFi, Bluetooth 4.0, 3G HSPA+ and GPS. It’s a dual-SIM handset, and it will run KitKat 4.4 when it arrives at your door.

The Karbonn Titanium S25 Klick is currently up for grabs from Indiatimes shopping, and is priced at Rs. 7,650 in the region. It’s only available in white, but it is certainly an option if you are looking for a mid-ranger with above average cameras.

What do you think about the Karbonn Titanium S25 Klick price vs. specs?