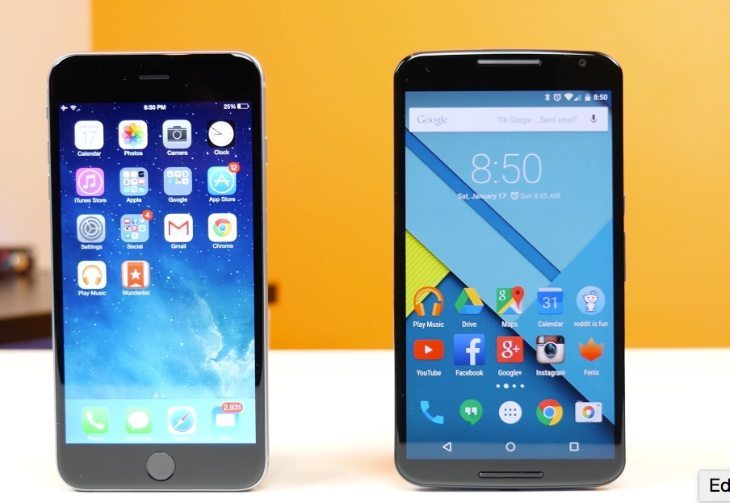 Apple released its first phablet sized handset in September in the shape of the iPhone 6 Plus, and then for its November release the Google Nexus 6 also stepped up to a larger screen size. These devices have received plenty of admiration from tech experts and users alike, so some readers may be interested in the videos we are sharing today. These give reasons to choose the iPhone 6 Plus over the Nexus 6 and vice versa.

The iPhone 6 Plus has a 5.5-inch display whereas the Motorola-made Nexus 6’s is even bigger at 5.96-inches. We’ve already provided a specs breakdown of the iPhone 6 Plus, Nexus 6 and Samsung Galaxy Note 4 that you can check out if you want more details of each, but of course the major difference between these devices is the choice of operating systems. The iPhone 6 Plus released running iOS 8 while on the other hand the Nexus 6 runs Android 5.0 Lollipop, and a highlight of Nexus devices for many Android enthusiasts is that it offers pure vanilla Android.

The difference in the software experience between iOS and Android is vast, and there are many people who are staunch advocates of one or the other that wouldn’t even entertain the idea of crossing over to ‘the other side.’ Of course there are also those who are open-minded to choosing either option, and might be considering one of these two phones. The videos that you can view below this article come from Phone Dog and will give readers some food for thought. 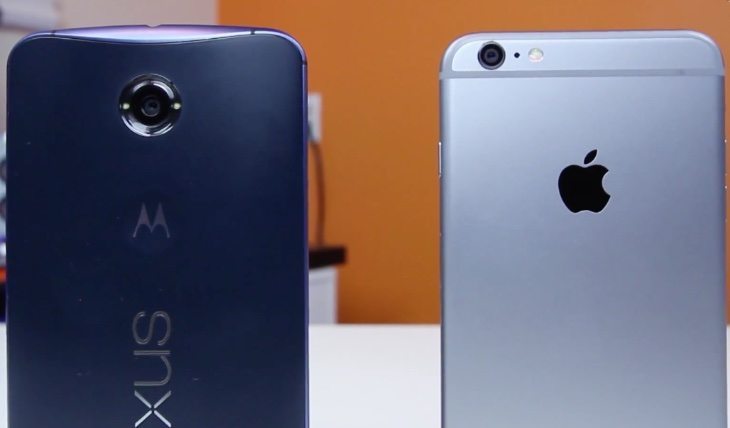 Rather than the usual kind of video comparison of two devices alongside each other, the first YouTube video focuses instead on 12 features that show where the iPhone 6 Plus is better than the Nexus 6. We’re not going to give away all of these pointers here, but a few examples are that the Apple phablet is slimmer, can take better slow-motion video, and has better battery life.

You won’t be surprised to learn that the second YouTube video switches that round to show factors where the Nexus 6 is better than the iPhone 6 Plus. Some of the aspects detailed by the reviewer are that the Nexus phablet has a higher-resolution display, the new Material Design of Android 5.0 Lollipop, and cheaper price, but we’ll let you view the video for yourself to find out all of the other points made. We felt the two videos were an interesting way of comparing these two smartphones and when you’ve scrolled down the page to watch them we’d like to know what you think.

Do you have a clearer idea of whether you will buy the iPhone 6 Plus or Nexus 6? Maybe your mind was already made up by the choice of iOS or Android platforms? Do let us know by dropping your comments in the box below.