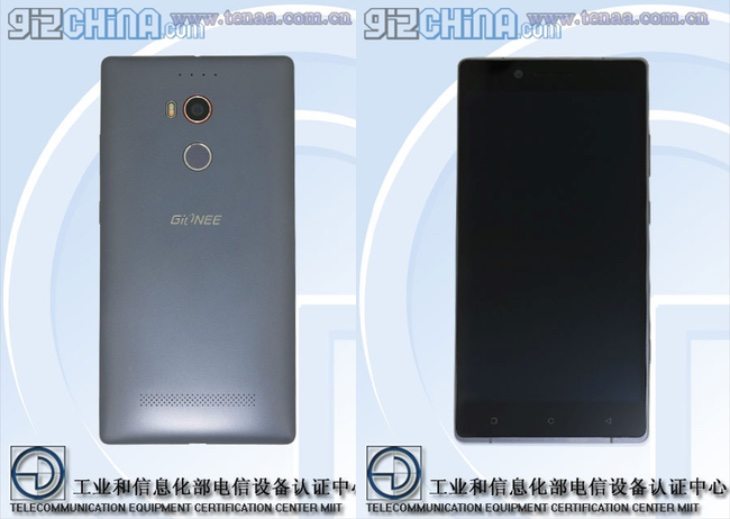 The Gionee Elife E7 smartphone released back in 2013 so we’re not surprised to see some details of a successor emerge. Now there has been a Gionee Elife E8 specs reveal following the certification procedure that devices usually go through just before they are officially launched. These specs make the phablet look pretty exciting and we have the details right ahead.

This device has just passed through Chinese regulator TENAA for certification, so hopefully it won’t be too much longer until Gionee takes the wraps off this phone. The Elife E7 has a sizeable 5.5-inch display with Full HD resolution of 1280 x 720, and according to the recent filing the Elife E8 moves up to a massive 6-inch AMOLED display with Quad HD resolution of 2560 x 1440.

The upcoming E8 also has a 2GHz octa-core processor (chip unspecified), 3GB of RAM, and 32GB of internal storage that’s expandable via microSD to 128GB. There’s some confusion over the cameras though as both front and rear cameras show as 8-megapixel units. However, as the Elife E7 had a 16-megapixel rear camera we feel this is likely to be some sort of error in the filing. From the TENAA images we can also see that the phone has dual-LED flash.

Further specs of the Elife E8 include LTE connectivity and a 3520 mAh battery, and it’s also said to feature a fingerprint scanner on the reverse positioned beneath the camera. Measurements are 164mm x 82.3m x 9.6mm and it weighs in at a 207g so don’t expect a lightweight handset! It will be running the Android 5.0 Lollipop-based Amigo OS.

We’re interested to find out a price and release date for this upcoming Gionee phablet and we’ll be sure to let you know more upon hearing further developments. What are your first thoughts about the upcoming Gionee Elife E8? Do the specs excite you or do you feel the device is simply too big and hefty?