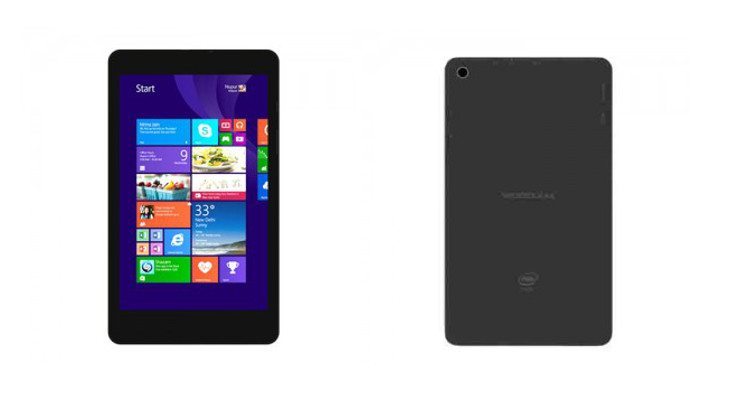 There are more mid-range tablets than you can shake a stick at, and the Wickedleak Wammy Hero Tablet is another one that has just touched down in India. The slate sports an 8-inch IPS panel with a resolution of 1,280 x 800, and that slab of glass has a 178-degree viewing angle. The chip running the show is listed as a quad-core Intel Atom Z3735F clocked at 1.33GHz, and it’s helped along by the standard 1GB of RAM.

The storage capacity of the Wickedleak Wammy Hero Tablet is listed at 16GB, but you can kick it up a notch to 32GB with the microSD card slot. As for the cameras, they are pretty weak at 2MP each, but 3G connectivity makes up for that — would you rather snap a sharp photo or have a 3G SIM slot? The Wickedleak Wammy Hero Tablet is powered by a 4,000mAh battery and will run Windows 8.1 out of the box.