There are thousands of PC games folks would love to see ported over to mobiles, and Don’t Starve is one of them. Well, it was one of them as Don’t Starve: Pocket Edition actually exists and it’s just landed for the iPad.

Don’t Starve: Pocket Edition is simple but brutal as you start out with next to nothing and it’s all on you to forage for food and gather supplies. You’ll want to get as much done as possible during the daylight hours, and if your fire dies at night… you’re toast. Needless to say, there’s plenty to keep you busy in Don’t Starve. The worlds are also randomly generated so you won’t get trip after you bite the dust and rise for another go — that’s going to happen a lot. 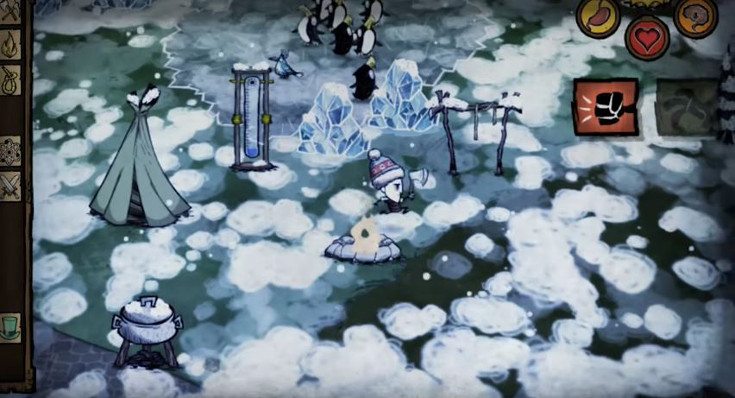 If there’s one game you pick up for your iPad this week, it should be Don’t Starve: Pocket Edition. I’ve racked up hundreds of deaths in the game on the PlayStation 4, and it’s truly a blast if you dig survival sims or just want something different yet tough. At this time, it’s only available for the iPad and you’ll need to rock at least an iPad 3 or iPad mini 8 running iOS 8 or up.

If you’re ready to spend the rest of the weekend getting murdered by various things, hit up the link below to pick up Klei Entertainment’s Don’t Starve: Pocket Edition.