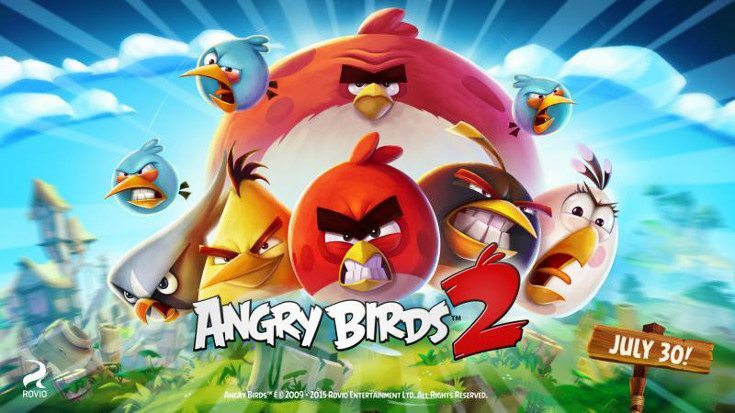 The fickle fowl we know as the Angry Birds have made quite the name for themselves since they first splashed onto the scene. Angry Birds 2 is a game many of us expected ages ago, but it just never happened. Well, you can turn that frown upside down, as Angry Birds 2 is set to debut later this month.

Rovio has announced a game we all knew would arrive eventually with Angry Birds 2. It’s not a spin-off, puzzle game or RPG, but a true sequel to the game that started it all. What’s that mean for gamers? We aren’t quite sure as details are pretty damned vague aside from a simple promo pic and the Angry Birds 2 release date.

The Angry Birds 2 promo shows the birds we all know so well and is said to be bigger, badder, and birdier. There are no screenshots or trailer to preview and no mention of any additional characters. This could mean we’ll actually get a continuation of the journey millions of us began six years ago instead of a themed game like Rio or a seasonal release.

It’s safe to say the Angry Birds name doesn’t carry the power it once did, and the brand has been watered down with too many spin-off’s and cash grabs over the years. That said, a true sequel could help to right the ship with fans of the original while bringing the company some additional attention before the holiday season rolls around. As for the Angry Birds 2 release date, it’s set for July 30th and we assume it will arrive on Android and iOS at the same time.