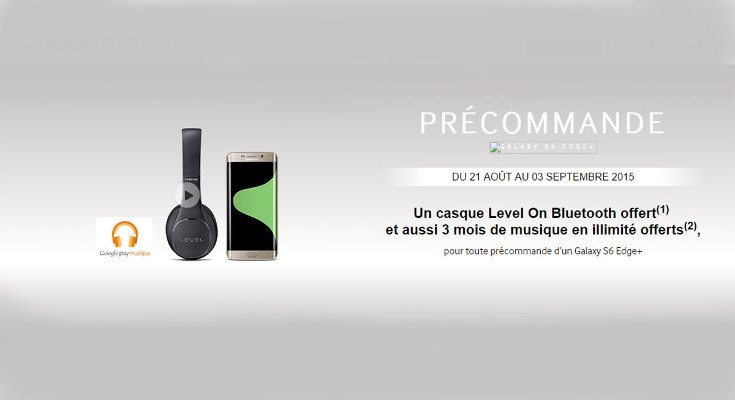 Another day, another leak… but this one’s a doozy. The Samsung Galaxy S6 Edge Plus price and release date have been leaked ahead of the official announcement, and that’s just the tip of the iceberg.

It’s all about buzz in the smartphone world if you want to push units, and Sammy has generated plenty for the Galaxy S6 Edge Plus release. Today the company “accidentally” leaked the Samsung Galaxy S6 Edge Plus release date before quickly pulling it offline. According to the leak, pre-orders will fire up on August 21st and end on September 3rd which points towards a September 4th release. The device was shown in a bundle with headphones and the name is now back to the Galaxy S6 Edge+ although we’re sticking with Plus until it’s official.

The Samsung Galaxy S6 Edge Plus price has appeared through the Romanian e-tailer Evomag.ro, and it’s going to be expensive. The 32GB model is listed at right under $1,000 while the 64GB edition goes for around $1,100. Keep in mind, those are the prices for Romania, and the Samsung Galaxy S6 Edge Plus price will vary depending on where you reside, but Evomag’s listing gives us something to go by.

Last up in the leak madness is a big Samsung Galaxy S6 Edge Plus accessory leak. It’s UK pricing, but the leak includes the usual array of cases (glossy, glitter) along with Clear View and S View cases. A Flip Wallet Cover, Wireless Charging pad and Keyboard cover are also present with price ranging between Â£19 – Â£64 depending on what you choose. Several colors are available as well with Silver, Gold, and Blue/Black.

We’re not far out from the official Samsung Galaxy S6 Plus reveal, and we have no doubt there will be more leaks before it hits the stage. Oddly enough, the Galaxy Note 5 isn’t being leaked nearly as much as the supersized S6, so we’re curious as to which device will receive more marketing love once they hit the streets.

Are you looking forward to the Galaxy S6 Edge Plus release or are you more enticed by the Galaxy Note 5?