Oppo R7s set to make its debut on October 18 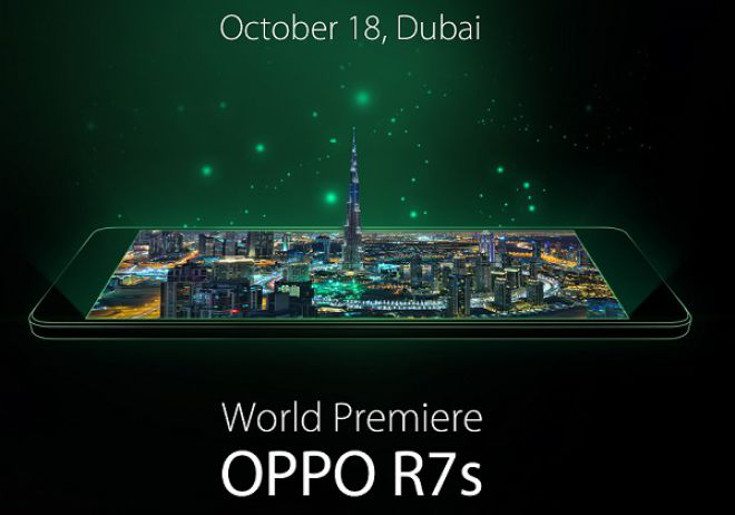 If you thought the Oppo R7 was slick, but a little too small for your tastes the Oppo R7s may be the phone for you. The variant is gearing up to make its debut this month and is set to be announced on October 18.

Oppo is one of many companies that have turned to variants this year as we’ve seen a Lite and Plus version of the Oppo R7 already this year. The Oppo R7s is the latest smartphone to take the R7 moniker, and it’s a Frankenstein of sorts as it appears to be cobbled together from various components taken from the rest of the R7 line.

The Oppo R7s is a phablet-sized device with a 5.5-inch panel sporting a resolution of 1080p. The size could be the sweet spot for consumers considering the Plus has a 6-inch panel and the original clocks in at 5-inches. The rest of the specs include a Snapdragon 615, 3GB of RAM, 16GB of RAM, and a 13MP/8MP camera combo. The smartphone measures 151.8mm x 75.4mm x 6.7mm and has a weight of 200grams according to the TENAA listing. It will be powered by a large 4,100mAh battery and runs Android 5.1.1.

As you might suspect, pricing and availability for the Oppo R7s is still up in the air, but it should remain close to what we’ve seen from the original and variants. We’ll find out more at the World Premier of the Oppo R7s when the company shows off the handset on October 18 in Dubai.