The Gionee F103L makes an appearance at TENAA 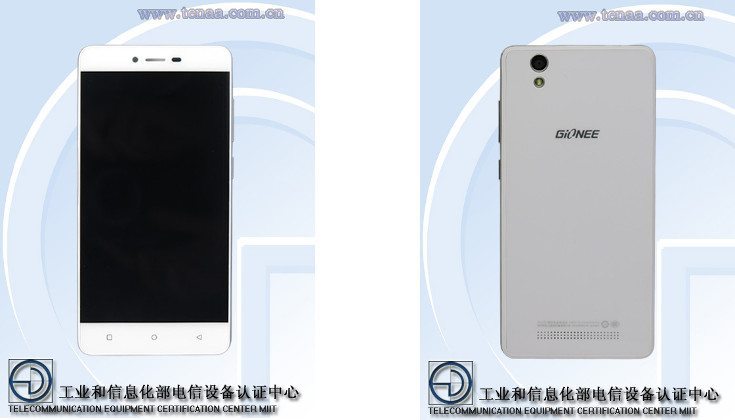 The weekend may be a slow time for news in the mobile world, but a new device from Gionee has just undergone certification. The Gionee F103L is one of the latest smartphones to pass through the gates of TENAA, and it appears to be an entry-level handset that should be relatively cheap.

The Gionee F103L looks like an ordinary smartphone with all the usual sensors and capacitive buttons on the front. It’s of average size as well with measurements of 143.mm x 70.3mm x 7.9mm and a weight of 134grams. As for the display, you’re looking at a 5-inch panel with a resolution of 1,280 x 720p while the camera combo clocks in at 8MP/5MP.

Under the hood, you’ll find a quad-core chip of an unknown origin clocked at 1.3GHz and backed by 1GB of RAM. The internal storage is respectable at 16GB, and you can kick it up a notch to 128GB through the microSD card slot. Connectivity options for the Gionee F103L Â include Bluetooth, Wi-Fi, and the usual suspects along with TD-LTE and Edge. The handset will sip its power from a 2,400mAh battery and runs Android 5.0.

As usual, we have no idea when the Gionee F103L release date will arrive as that’s note TENAA’s area of expertise. Wherever the smartphone lands, it is expected to be affordable given the specifications.